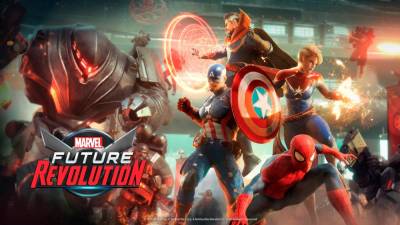 With heroes from numerous dimensions converging to save a new Primary Earth, Marvel Future Revolution is promising “AAA quality graphics, a massive scale and unique freedom of play.”

That’s because numerous Earths from across all dimensions have converged to form a new Primary Earth, according to Marvel and mobile developer Netmarble.

Though Marvel and Netmarble have not disclosed the game’s business model, multiple costumes for the same characters could provide a means of revenue generation.

The South Korean company previously made Marvel Future Fight for the Disney-owned superhero empire, as well as various others including Lineage 2: Revolution and BTS World.

Marvel Future Fight, which was a free-to-play, action-oriented mobile game launched in 2015, surpassed a cumulative 100 million players by February 2020, per Netmarble’s figures.

Its income was derived through various means, including the sale of alternative character uniforms that had an effect on their traits.

Marvel and Netmarble have not yet announced a release date for Marvel Future Revolution, instead inviting fans and potential players to sign up for newsletters and social media updates.