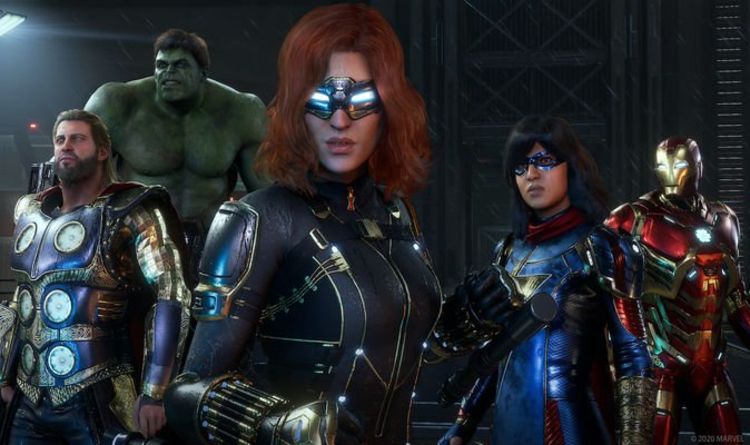 In 2014 Destiny ushered in the era of “live service” games, which give players the ability to run their own solo and multiplayer campaigns, earn rewards, and take part in limited events and live encounters.

While many games have tried and failed to clone this kind of gameplay experience, Marvel’s Avengers comes pretty close to pulling it off.

At the forefront is Captain America, Iron Man, The Incredible Hulk, Thor, and Black Widow, who act as the core, traditional collection of Marvel superheroes.

Kamala Khan – aka Ms Marvel – also appears as a playable character, and provides a unique glimpse of the world created by Crystal Dynamics.

One of the reasons why Marvel’s Avengers works so well as a live service game is that all of the characters play extremely differently. This is important when you’re coming back time and time again to complete missions.

While Captain America, Ms Marvel, Black Widow, and The Hulk are all brawler characters, they each have their own unique ways of handling battles.

And this process runs true through each of the game’s characters – except with some further nuances.

A collection of light attacks help build up “ultimate” abilities, signature moves, and specials in order to help out the team, and inflict huge damage. In an online multiplayer environment, these abilities mesh well together.

While Iron Man can take on the aerial units, Captain America and Black Widow take on the ground troops, while The Hulk and Ms Marvel support with a selection of powerful buffs, and heavy hitting actions.

This is where the true “Destiny-like” gameplay comes in, as post-story quests are collected into a series of specialist missions – defeat Task Master, capture three points, save civilians, etc. Completing the challenges grants gear and ability boosts along the way.

Indeed, when it’s all said and done, the main draw of Marvel’s Avengers is collecting loot and upgrading your characters.

Creating a perfectly balanced version of Steve Rogers is extremely satisfying, and putting all of your points into a shield toss creates something that’s silly, but entirely worthwhile.

If the constantly revolving door of upgrading loot isn’t what interests you, the story will surely thrill.

Marvel’s Avengers begins with a linear campaign that tells an incredibly creative and surprisingly compelling story.

It mostly plays out through the eyes of Kamala Khan – a young Avengers super fan who attends an event for children and fans to show off their comic book creations to the actual Avengers.

When things inevitably go wrong, Kamala is blessed and cursed with stretchy powers that thrust her head-first into the battle between good and evil.

Avengers fans will absolutely love this hand-crafted story, which ticks every box going, including having a great villain.

Unfortunately, the story is only exceptional for a short period, as it soon comes to an end, forcing fans to make their own entertainment through the aforementioned end game missions and online multiplayer.

The post-story multiplayer action generally works pretty well, despite a series of rather off-putting bugs and glitches.