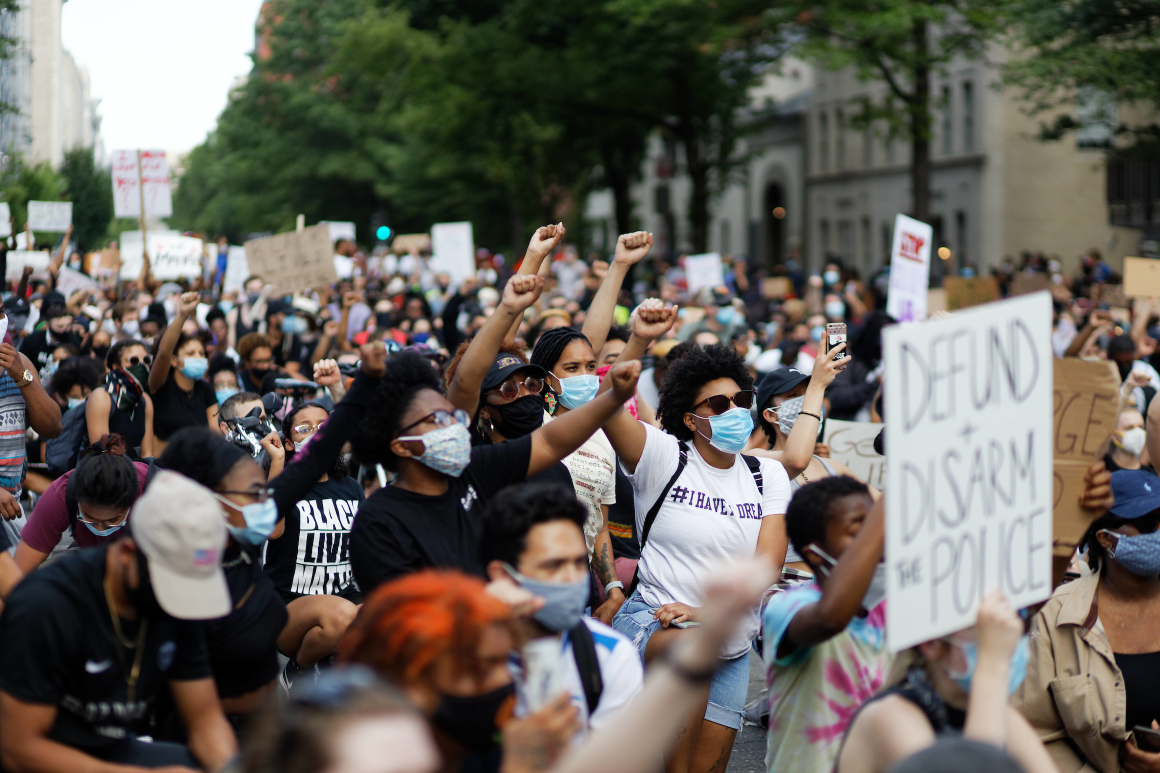 Health officials in Minneapolis — where former police officer Derek Chauvin is charged with murdering George Floyd — also expect new virus outbreaks after several days of mass demonstrations. Officials say they hope to test people who demonstrated in Minneapolis and St. Paul, and have been working with community organizers to supply face coverings for protesters.

“There are a number of factors including concentrated gatherings, loud talking, singing, yelling. … These loud vocal expressions can exacerbate the risk of spread,” warned Kris Ehresmann, director of infectious disease prevention and control at the Minnesota Department of Health.

The state’s public labs were evacuated on Friday and effectively shut down due to safety concerns, but officials say they resumed testing Monday.

The violence is already disrupting community level efforts across several states to curb infection through stepped up testing and tracing and isolating people who have been exposed. For instance, more than 250 CVS pharmacies in 21 states were damaged in protests, and approximately 60 were closed Monday morning, according to company spokesperson Mike DeAngelis. That meant CVS had to suspend about 20 coronavirus drive-thru test sites, which can each do about 50 tests a day, he added.

As thousands marched in Los Angeles over the weekend, the city closed all seven of its free coronavirus testing locations on Saturday afternoon due to safety concerns raised by the nonprofit CORE, which staffs the drive-thru and walk-thru sites. Just two sites reopened on Monday, the city confirmed to POLITICO, including the “mega testing site” at Dodger Stadium that can test 6,000 people per day. But some appointments had to be pushed to later in the week, Mayor Eric Garcetti said, and future plans for the sites remain fluid.

Illinois shuttered indefinitely all 10 of its free community coronavirus testing sites. Philadelphia shut its nine testing sites on Monday because of protests and looting. In Jacksonville, Fla., a popular site in the parking lot of the Legends Center was closed Monday. The site averaged between 400 and 500 tests per day, and also offered antibody tests for first responders.

Even cities that haven’t yet seen their public health systems impacted by the protests are bracing for a potential surge.

“We don’t have a vaccine. We don’t have medication,” said Dr. Umair Shah, who heads the Harris County Health Department in Texas. “We’re relying on people to socially distance and wear facial coverings and avoiding large crowds. When you put those elements straight into protests — it’s completely antithetical to each other.”

Shah added that testing sites had to close over the weekend due to storms, not protests, but with Floyd’s funeral scheduled for next week just outside Houston, “it may be a different story.”

Ellie Murray, an assistant professor of epidemiology at Boston University, described the protests as necessary and important for U.S. society, but said limiting further spread of the coronavirus is also essential. Demonstrators who are physically close to other people for extended periods of time are at risk, and should take precautions to not spread it further, she said.

“We would probably encourage anyone who was at the protests and is not continuing to protest should probably self-quarantine for 14 days,” Murray said Monday. “It usually takes at least a few days before somebody is actually able to test positive after they’ve been exposed. We probably wouldn’t recommend people go and get tested until — if they were out protesting yesterday — maybe Wednesday.”

As states ramp up contact tracing efforts, public health experts also fear that Americans already hesitant to give information about their contacts and movements will be even more wary of doing so if they took part in one of the demonstrations.

“If people have been protesting, they might not want to share with the health department where they were, especially if there were incidents in that area,” Dr. Jeffrey Klausner, a professor at UCLA’s public health school and a former health official for San Francisco, said. “There’s a brick wall [preventing information sharing] between health departments and any criminal justice efforts, but people don’t know that, so they may be reluctant to answer their phone and be completely forthcoming about their behaviors and movements.”