Match-going Premier League fans will spend £1.3 billion to support their club this season 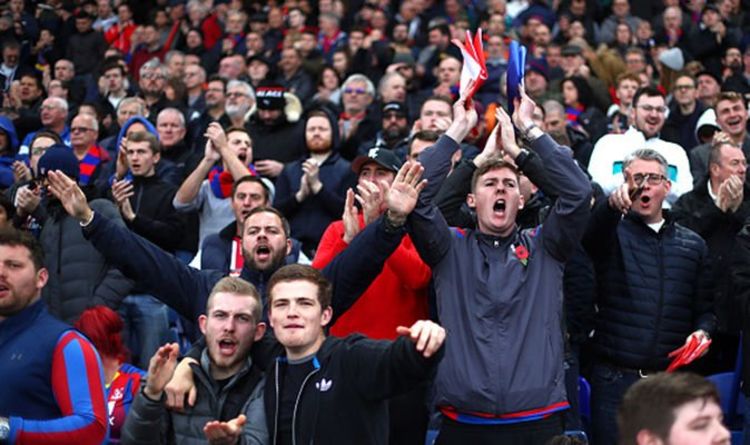 A report explored spending by match-going football fans over the past five Premier League seasons, incorporating car and rail travel, merchandise, tickets, in-stadium food and drinks and TV subscriptions. Football lovers will on average spend £1,888 each this season, with the biggest cost increases being TV subscriptions, merchandise, home tickets and food and beverages. In the 2019/20 season dedicated supporters are expected to spend more than £23.8 million on replica shirts, a 31 percent increase in total spend since season 2014/15.

While ticket prices make up a significant proportion of this total cost, the overall cost of tickets for a ‘dedicated fan’ has risen only 1 percent since 2014/15.

The eToro Fan Financial Statement was carried out by multi-asset investment platform eToro in association with KPMG Football Benchmark.

Sky Sports pundit and Manchester United legend Gary Neville said: “Football needs to check itself. There are lots of positives about football.

“The stadiums are better, the quality of play is fantastic, and the atmosphere is far more inclusive, but for me affordability is something that needs to be addressed.

“This report lays out the facts and I hope it will serve as a wake-up call. Football has to stand above other leisure businesses.

“It is more than just a game. It is about community and we need to ensure we are doing all we can not to price fans out of the game.”

The full report can be downloaded from etoroFC.com.

To better understand the real cost of fandom, the eToro Fan Financial Statement analysed the spend of football’s most faithful supporters.

The research focuses on the ‘dedicated fan’ – an adult who attends all 19 home matches and travels to at least five away games.

Arsenal are the most expensive team to support with dedicated fans each paying  £2,238 per season.

Newcastle United are the only club outside of the traditional ‘top six’ to feature in the six most expensive clubs to follow.

The eToro Fan Financial Statement looked at whether some supporters get better value for money than others by examining the total spend by dedicated fans last season in relation to the amount of goals scored and points won.

This approach reveals that while dedicated Liverpool fans may spend more versus other fans in the Premier League, they saw good ‘value for money’ based on a low cost per goals scored and points won, last season.

Of all the clubs, Manchester City fans got the most entertainment for their money, paying £16.90 per goal and £16.30 per point.

This was helped by having 12 percent less overall spend than the Premier League average and their top of the table finish.

Huddersfield Town fans got the worst deal overall, spending £70 per goal and £96 per point – a situation not helped by their bottom of the table finish and subsequent relegation.

Gary Neville added: “This isn’t just about money. It is about the family that lives a mile from the club dreaming every weekend that they can go to the game and afford to watch their heroes play.

“Every Saturday when I was growing up it was the only thing I thought about.

“It was the most important thing in my world. It fuelled my dreams for those 15 years until I joined United.”

Iqbal V. Gandham, UK managing director at eToro, said: “As a sponsor of six Premier League teams we try to ensure we are giving back to the fans as much as possible.

“Our ‘Le Tiss Air’ competition was well received by Southampton fans and this is just the first of many initiatives we will be carrying out this season to reward loyal fans who invest in what they love.

“We understand that football fans have a deep emotional investment in their club and they’ll move mountains to support their team both home and away.

“We wanted to do something on behalf of the fans, to look at the hard costs involved in being a loyal fan, and how that financial investment has changed over time.

“By doing so we hope to start a conversation about the future of football and how we can work together to bridge the gap between investment and value for the fans who are at the very heart of the game.”