Matchmaking for Zone Wars is back thanks to DonnySC

Epic offered us a glimpse as to what matchmaking based Zone Wars looked like after introducing it as a limited time gamemode (LTM) back in Season X. While the lobbies were fairly uncompetitive for the avid Fortnite players, it was a step in the right direction

Players would matchmake for one of four maps and get instantly queued with 15 other players for a total of 8 rounds. Whoever has the most accumulated points wins. I still believe it was one of the best LTM’s to this day

Somehow, somehow, our friend DonnySC was able to bring back automatic matchmaking to the front stage! Through the following map code (9488-7248-5556), you will be redirected to DonnySC’s own “Zone Wars” hub. From there, you can queue into 1 of 4 Zone Wars lobbies

An Epic spokesman commented by confirming a new “matchmaking test,” with DonnySC’s map first to the plate as an “extended test.” Hopefully we can see a more mainstream rollout of creative matchmaking for a new wave of complex creations!

It’s also refreshing to see DonnySC get the well deserved praise on this one. After all – he’s been a prominent map creator since the dawn of time. Plus, back when Epic’s Zone Wars LTM came around, I felt as though DonnySC got snubbed just a tad when they omitted his creations and opted for (in my opinion) inferior map choices

But Donny Needs Your Help

One glaringly obvious issue with starting an initiative like this is player population. While Zone Wars matchmaking is good in theory, the practical application only works when many players are populating the server to keep queues quick

For example, I just hopped on (11:00PM PST) to an NA-West lobby and was unable to fill a server

The Solution? Get involved early. Start playing his maps and get those queues moving quickly. The faster we can get minute long queues (or less), the easier mainstream adoption of this portal will be 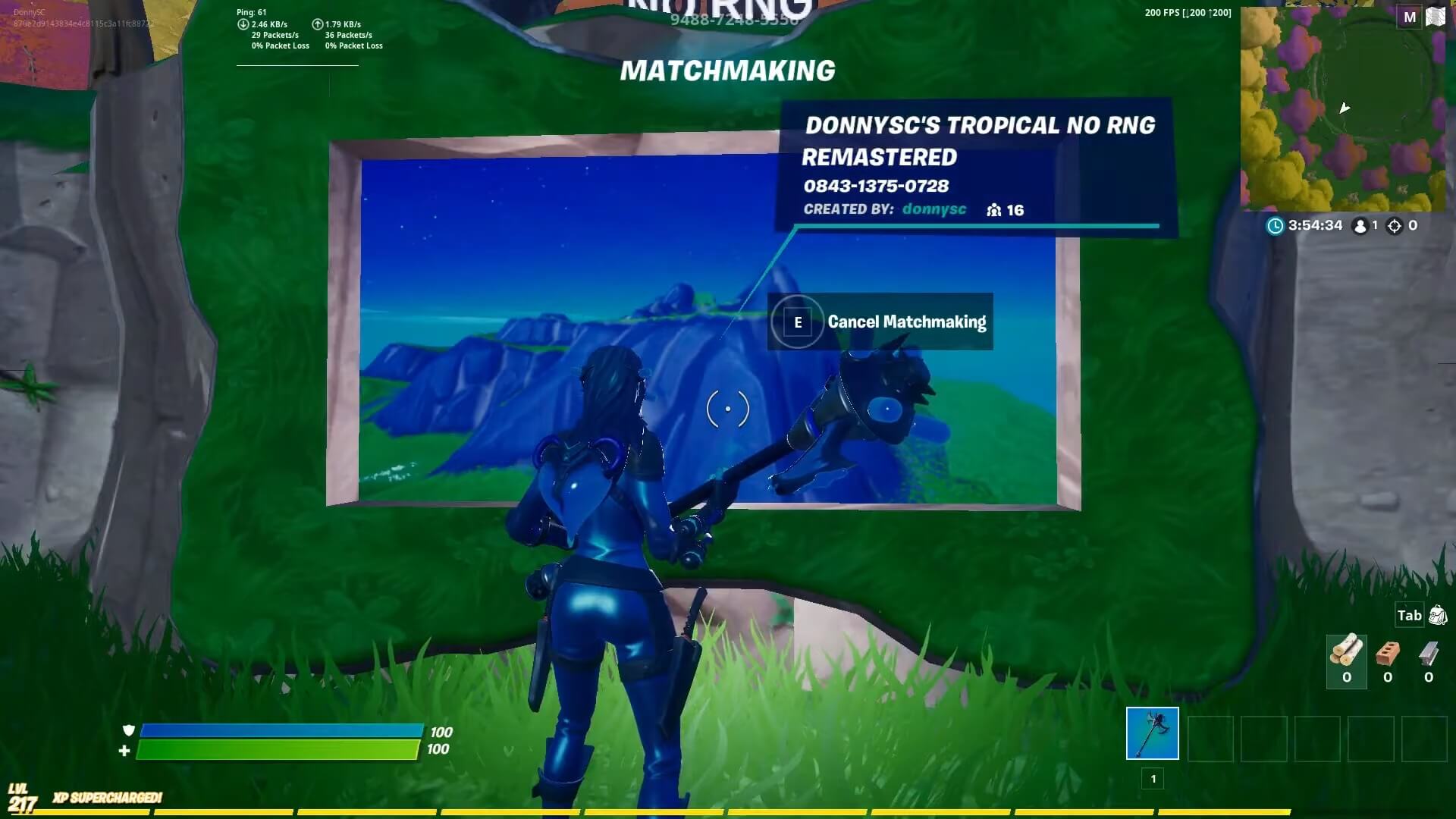 We had the chance to chat with Donny and he had this to say on the topic: “My main goal with this project is to bring the community together. The hub doesn’t work on its own. If the community as a whole doesn’t queue up, no one finds good lobbies to play in. This is a joint effort from all of us. When the hub has gained enough of an audience to guarantee good lobbies I plan on expanding the hub with maps from other creators like the boxfight map I put in from Immature Gamer. This way I hope to be able to help other creators bridge the gap between the map creator and the community.”

Long story short – take advantage of Donny’s hard work and hop into some Zone Wars! It’s the end of the season so there’s nothing to do anyways. Join his discord server here if you need assistance or just want to hang out 🙂