Matt Baker finds himself ‘involved’ in Greg James drama: ‘Got guilty written on your face’ 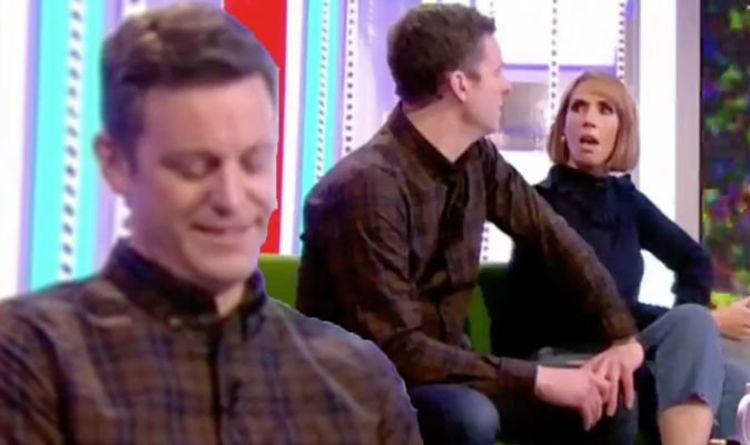 James went on to send The One Show a video message, again claiming to have been captured. He said the latest clue was a red scarf used in his disappearance.

“One of the suspects is on your show right now. One of our lead suspects is…” he told the duo.

“Now this has been trending all day,” Alex stated. “Millions of people are getting involved with this, but do you know what? I’ve just looked at your Instagram, Baker – not that you’ve ever mentioned you’re on Instagram, ever before – and there’s a picture of you from this morning, because you weren’t here last night…”

As a photo of him appeared on screen, the mother-of-two continued: “Look, there you are. Now you’ve got a reddish scarf on there – well, you weren’t here last night also, so where were you? What’s your alibi? Come on!”