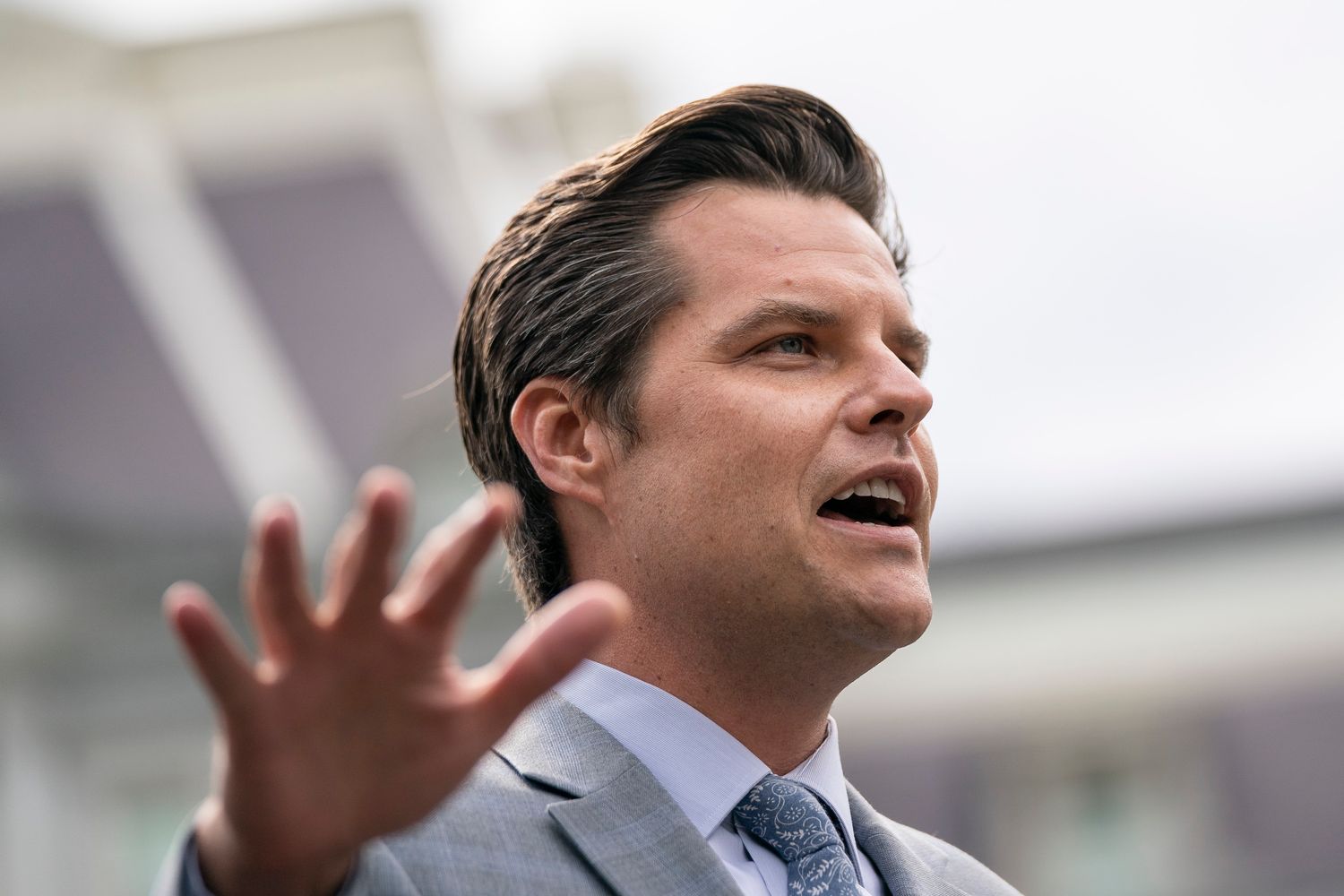 Gaetz is part of a new breed of Republican elected officials in the Trump era — a loud, bombastic voice defending the president, his policies and allies. He has a flair for publicity — at the beginning of the coronavirus crisis, he wore a gas mask to the House floor, a stunt that provoked widespread public reaction.

But he’s has been a minor player legislatively; he doesn’t pass many bills and has never been involved with high-stakes negotiations. Yet the media has become enamored with the 38-year-old lawmaker. He is an ardent defender of Roger Stone and lobbied Trump for his pardon.

Gaetz’s spending has already been under review. The Office of Congressional Ethics recently dropped an investigation into Gaetz’s office rental agreement after POLITICO reported in April that he had rented his office in Pensacola, Fla., from a longtime friend, political donor and policy adviser. Both the friend — local businessman Collier Merrill — and Gaetz said the rental deal was hashed out privately and below market value.

POLITICO began examining Gaetz’s office operations at the beginning of June. In the House’s disbursement report — which covers virtually all of the chamber’s expenditures — Gaetz disclosed 14 separate $ 2,000 payments to Presidential Communications and Strategies, a limited liability company that appeared to be registered by an unidentified agent in a tiny town in Wyoming. The checks were sent to an apartment in Arlington, Va., according to sources familiar with the arrangement.

The payments were to Beattie, according to multiple sources familiar with the arrangement. Gaetz announced hiring Beattie as a speech-writing adviser in April 2019, but he was never added to Gaetz’s congressional payroll, according to House disbursement records. Instead, Gaetz paid him through the Wyoming-based LLC.

“Speech writers,” “communications advisers” and political consultants all fall in the category of outside hires that individual lawmakers are barred from using taxpayer money to retain. Consultants may be hired for some services, including maintenance, janitorial work or technical assistance. Under special circumstances, and with prior approval of House officials, lawmakers may be permitted to hire consultants for legal matters.

The agreement involving the speech-writing consultant appears to have begun after Beattie was ousted from the Trump administration after his appearance at the H.L. Mencken Club Conference. The Southern Poverty Law Center calls attendees of the conference “a band of white nationalists, pseudo academic and academic racists.” Gaetz announced on Twitter that he would hire Beattie — who holds a doctorate in political science from Duke University — as a special adviser for speech writing last April.

There may be perceived advantages to staying off the government payroll, including that Beattie would not need to abide by the strict limits on outside income. Beattie did not respond to a request for comment. Notes left at the apartment to which the checks were sent went unanswered.

After ignoring inquiries about the payments to the arrangement with Beattie for six weeks, Gaetz’s office replied Friday evening via chief of staff Jillian Lane Wyant: “Although the contractual arrangement was approved by the necessary House authorities, a second review by the Finance Office determined that the services could not be contracted for in exactly that fashion, and our office is currently working through the best way to proceed with both Finance and the House Ethics Committee.

“The funds were all immediately returned to the House as soon as the review determined this was not the right way to structure this,” Wyant added. “This is nothing more than a glorified clerical error – and while it is baffling that Politico should find this newsworthy – it is disappointing Politico plots to demean individuals who’ve made an innocent clerical mistake and are working to correct it.”

Gaetz was likewise circumspect about the television studio. On July 9, the Florida Republican’s office said he uses his allowable allotment of taxpayer funds to pay $ 100 per month to “rent a camera to communicate with constituents and the nation.” It said the “hard costs” were covered by a private company, which then charges television networks each time they connect to the studio. Gaetz, they said, is not involved in the transactions.

The $ 100 fee is not evident on any of the congressman’s spending records, and his office did not respond to requests about the private company that’s profiting off of his television appearances.

Media playback is unsupported on your deviceMedia caption"Shut up, man" and other insults and interruptionsPresident Donald Trump and his challenger Joe Biden have fiercely...
Read more
US

What to watch for The two presidential candidates meet onstage tonight for their first head-to-head debate of the 2020 campaign, each hoping to grab momentum...
Read more