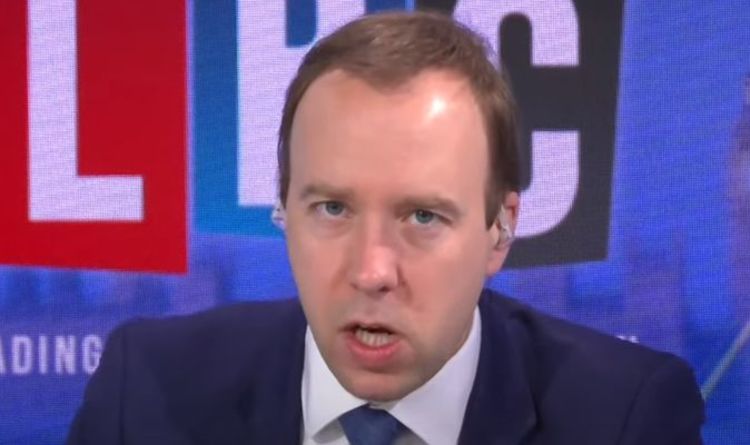 The Health Secretary told LBC that there are early signs of an illness that is being triggered by the impact of an auto-immune response similar to Kawasaki disease, associated with fever, skin rashes, swelling of glands and, in severe cases, inflammation of arteries of the heart in children. Mr Hancock stated that he put out a call across the NHS for more information regarding the condition. Mr Hancock also said healthy British children were dying from the condition, which has been linked to coronavirus.

Mr Hancock said: “I am very worried about the early signs that in rare cases there is an impact of an auto-immune response in children that causes significant disease.

“We put out at the weekend a call across the NHS because some cases of this had been identified.

“This call says to doctors in other parts of the country ‘have you seen this condition?’

“Then they collate the information and find out what is going on.”

Most alarmingly, the Health Secretary went on to claim some children with no underlying health conditions had died after catching the infection.

He said: “There are some children who have died who didn’t have underlying health conditions. It’s a new disease that we think may be caused by coronavirus and the COVID-19 virus. We’re not 100 percent sure – because some of the people who got it hadn’t tested positive – so we’re doing a lot of research now but it is something that we’re worried about.

“It is rare – although it is very significant for those children who do get it, the number of cases is small.”

Earlier in the interview with LBC Mr Hancock was grilled by an LBC caller whose father called for more PPE before dying of COVID-19.

Dr Chowdhury wrote an open letter to the UK Government regarding the lack of PPE for frontline workers, shortly before passing away from the deadly coronavirus.

Intisar, the son of Dr Chowdhury, called into LBC to quiz the Health Secretary on his lack of action regarding PPE.

The caller said: “You might know my father, Dr Chowdhury. When he was unwell, he wrote an open letter to the Prime Minister, appealing for more PPE for NHS frontline workers. It was a request which was ignored and he passed away.

“Since then, over 100 NHS and social care workers have passed away after contracting the virus.