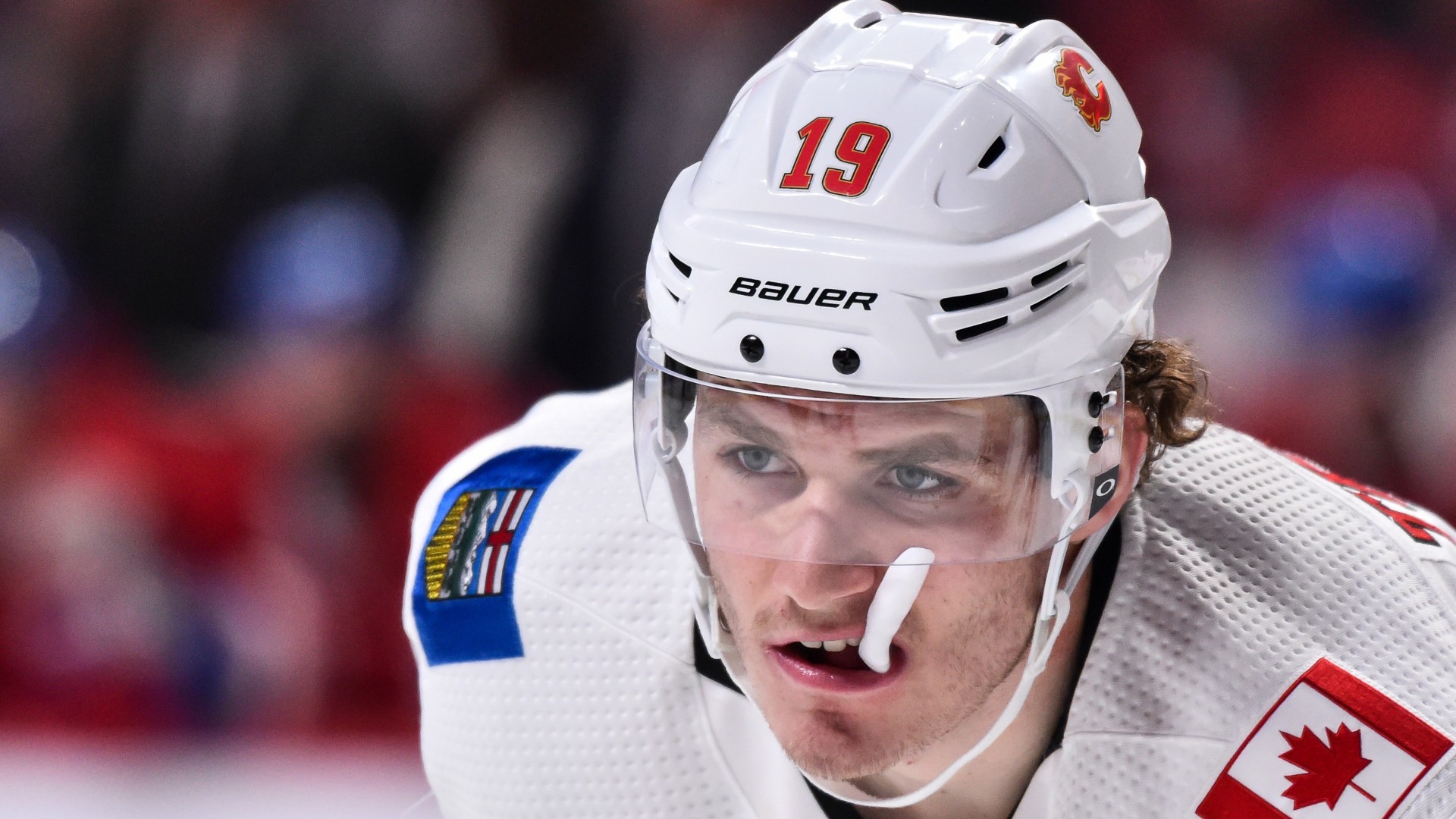 Thursday night was a rough one for Matthew Tkachuk. The Flames winger was hurt in the first period and came back not once, but twice. He then left again in the third period a final time.

Flames coach Geoff Ward did not have an update on Tkachuk after the game.

“We could have used him,” Calgary’s bench boss said. “He does an awful lot of things for us. He’s an emotional leader for us, he’s a gamer, he leads our team in a lot of ways. He relishes being in these types of games. He’s an extremely intelligent player, he’s a key guy on the power play.

“So there’s a lot of things that he brings to the table and for him not to be able to finish the hockey game for us, it’s a hole. And now we have to go back and evaluate exactly what’s going on and see what we need to do.”

Tkachuk’s problems started when he was lined up with Stars captain Jamie Benn for a faceoff deep in the Flames zone. The two came together after the puck was dropped, and it appeared Benn speared Tkachuk in either the inner left thigh . . . or a little higher. Tkachuk limped off the ice and went to the locker room.

The hard-nosed forward missed just one shift, but his return didn’t last long and he had to head to the locker room again.

Tkachuk saw just 3:40 of ice time in the opening frame, but he returned for the second period. He never looked fully right after that despite logging two ticks above six minutes in the middle session.

On his second shift of the third period, with the puck at his feet, he was sandwiched near the far boards by Benn and Jamie Oleksiak.

It’s unclear what exactly happened on the play. Tkachuk stumbled and appeared to have issues again with his left leg. He wasn’t putting much weight on it as he headed to the bench and then went down the tunnel with assistance. Tkachuk was also wobbly; his head and Oleksiak’s appeared to make contact, so the issue could have been related to that.

Tkachuk is his team’s heart and soul. It will be difficult for Calgary to compensate for what he brings on a nightly basis if he’s forced to miss time. He’s a notorious pest who drew seven penalties in the first five games of the postseason, but he can also bury the puck when needed. In those same five contests, he had two points (goal, assist) after registering 61 points in Calgary’s 69 regular-season games.

“Yeah, Chucky is a warrior,” Flames forward Sam Bennett said postgame. “He battles hard for us game in and game out. I guess we’ll see what’s up with him, but he’s a tough kid. So, you know, he brings a lot to our team and it’s unfortunate that he had to leave there, but he’s a tough kid.”

“Yeah, everything [Bennett] said,” Calgary captain Mark Giordano added. “Never like to see a guy not play down the stretch, but hopefully it’s something minor and he can get right back with us.”

The Flames lost Game 2 of this first-round series 5-4 on a goal by Oleksiak with 39.2 seconds remaining in regulation. The best-of-seven is now tied 1-1. Calgary and Dallas are playing back-to-back nights, with Game 3 set for Friday at 10:30 p.m. ET.