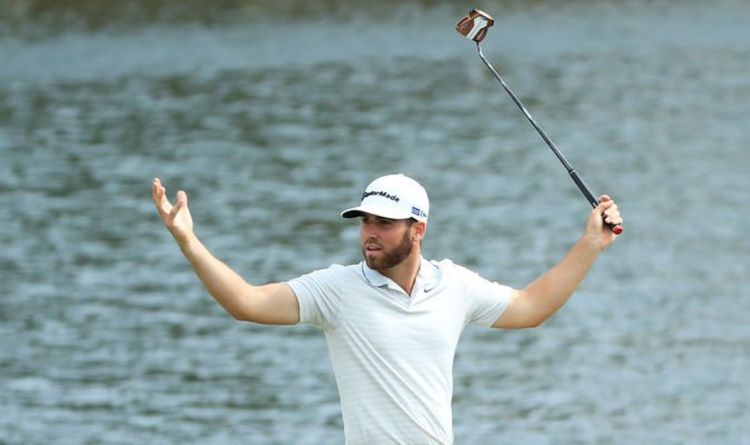 Matthew Wolff has hit back at those claiming he doesn’t deserve the billing alongside Rory McIlory, Dustin Johnson and Rickie Fowler in tonight’s exhibition charity skins match. Wolff is partnering Fowler as they take on McIlroy and Johnson in the TaylorMade Drive Relief event in Florida tonight.

Wolff, still a rookie on the PGA Tour, was a surprise pick for the four-ball after just one pro win.

“I think there’s a lot of people asking why I’m in it, but I’m looking to prove to them that I can play with the best in the world,” the 21-year-old said.

The event is being played to raise money for coronavirus relief charities and has already brought in $ 4m before a ball is even struck.

In skins, each hole carries a cash value and the best score scoops that prize. If the best score from both teams is the same, the money rolls over to the next hole.

The players will also be socially distancing, so no flag touching, raking or caddies – meaning players will be carrying their own bags.

And while Wolff knows his team are the underdogs, he’s hoping to make an impact.

TaylorMade Driving Relief: All the details including start time and full event guide

“Definitely,” he said when asked if the underdog tag was motivating, in a Q&A with Golf.com.

“We’re hearing that we’re underdogs from pretty much everyone, but in our opinion, we really don’t think we are.

“Anything could happen on any given day. DJ and Rory are two of the best players in the world, but I believe that I am, too, and Rickie obviously feels the same way.

“It’s gonna be a lot of fun to go up against them and compete and most importantly, raise money for Covid relief for first responders.”

And when asked about getting into his opponents’ heads he said: “I’ve never really been a trash-talker.

“I feel like I’m pretty strong mentally, and I kind of just let my game do the talking. I wouldn’t say that I like to get in people’s heads.

“I’ve tried it a couple times just with my buddies, and it really doesn’t go over well. Obviously, I can trash-talk my friends because I’m better than them. (Laugh.)

“Maybe I’ll blow a couple drives past Rory and DJ and say something. But that’s about it.”