Mayan breakthrough: Experts 'must rethink everything' after revolutionary archaeology find 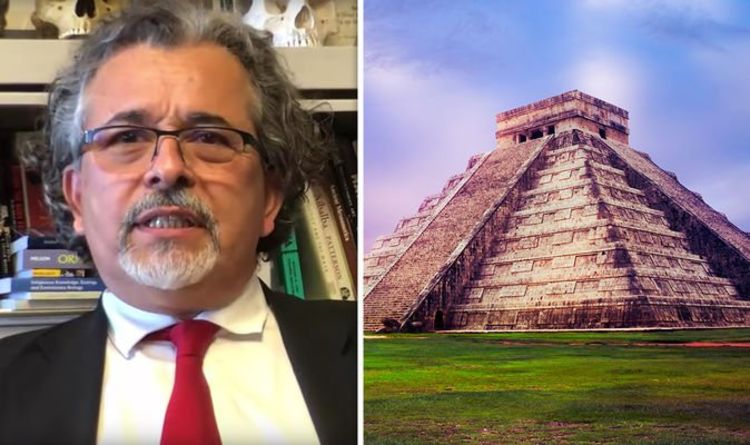 The Mayans were a civilisation known for their architecture, mathematics and astronomical beliefs, who date back to as far as 2000BC, with many of their impressive constructions still standing in the jungles of southeast Mexico, Guatemala, Belize and western parts of Honduras. For many years, little was known about this mysterious society, as archaeologists had to travel for days through the jungle to try and uncover ancient sites below the undergrowth. But Dr Ruben G Mendoza, from California State University, revealed how that is all changing.

He said last month: “When I was in graduate school back in 1978, we had a very different view on the Maya.

“One of my key professors was convinced that the Maya didn’t have a written historical tradition and the failure of the society was based on managerial mismanagement of the ecology and resources.

“Well, my dissertation actually posited a counterpoint to all of that and so we didn’t get along as a result.

“Everybody was fascinated, how could the Maya have sustained themselves with Swidden agriculture alone?”

Dr Mendoza went on to explain how revolutionary technology is changing everything experts thought they knew.

He added: “This is when you take and chop down a portion of the forest, wait until the trees dry and set them on fire.

“The burning of the wood creates the mineral substrate needed to grow maize, but you could only do that for about five years before you exhaust the soils again.

“At that time my professors believed that sites like Tikal were vacant ceremonial centres, in which the peasants from surrounding regions would come long distances to worship the priests at these immaculate palaces.

“But then people began to realise there was something suspicious about that model, these had to have been great cities, but there’s no evidence.

“But now new technology has come to the fore and one of the latest is LIDAR imaging, which is basically the equivalent of taking a survey from an electronic distance measuring device.”

When taken airborne, LIDAR allows for a 3D model to be created of the area below.

Dr Mendoza explained: “You can aim the beam into a prism and it sends points of light virtually everywhere, measuring in a split second, an entire room block.

“Now what they’ve done, which is the real revolution, the northern Peten, a friend of mine – Richard Hanson – found incredible cities.

“He’s finding them everywhere, he’s been working there for such a long period, but it’s one of the most remote areas, you have to pack in.

“He told me it’s about a three to six-day pack mule into the forest, either that or you helicopter in.”

Dr Mendoza went as far as claiming the technology could rewrite everything known about the Maya.

He continued: “That area has been virtually impenetrable to a survey, but with the new technology mounted on a helicopter, they can cover vast areas of the jungle.

Bystaronline@reachplc.com (Tiffany Lo) An opinionated dog has left his owner in stitches when he interrupted her music practice with howling. The hilarious moment was captured on...
Read more