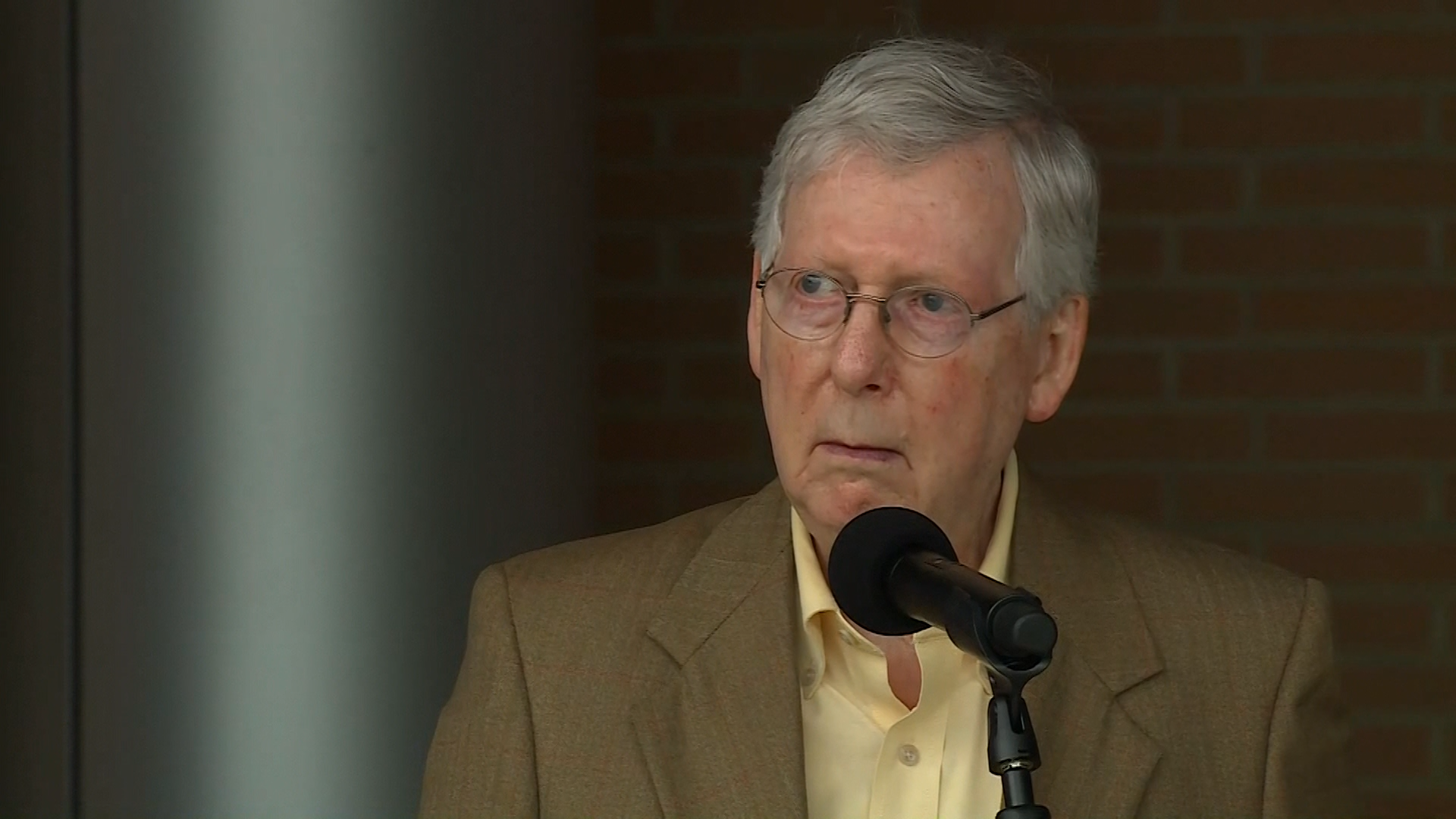 In a written statement later Friday, McConnell said the pair of killings — in addition to that of Ahmaud Arbery in Georgia earlier this year — reflect an “unfinished American struggle” against racism.

“For millions and millions of outraged Americans, these tragedies do not appear as isolated incidents, but as the latest disturbing chapters in our long, unfinished American struggle to ensure that equal justice under law is not conditional on the color of one’s skin,” McConnell said.

Floyd’s death in police custody has brought Democrats and Republicans together in condemning the actions of the four police officers involved in detaining Floyd, who were all fired. Officer Derek Chauvin was seen on video with his knee on Floyd’s neck as Floyd, 46, was begging for air. He was in handcuffs. Chauvin was arrested later Friday and charged with third-degree murder and manslaughter.

Overnight, demonstrations in Minneapolis and elsewhere turned violent and some protesters were looting storefronts. At one point, rioters set fire to a police precinct station in the city. The Minnesota National Guard was called in to help keep the peace.

“I’ve always been a supporter of demonstrations, but they need to be peaceful,” McConnell said. “And this senseless violence in reaction to this is not helpful to anyone and I hope it will stop.”

“Stealing, burning down buildings, attacking law enforcement officers, or laying siege to police precincts is not speech or protest,” McConnell said in his written statement. “It is violent crime that victimizes innocent people.”

McConnell declined to comment on President Donald Trump’s overnight tweet that drew scrutiny from the social media platform, which stated it violated its policies on “glorifying violence. The company added a label to the tweet, but did not remove it.

“These THUGS are dishonoring the memory of George Floyd, and I won’t let that happen. Just spoke to Governor Tim Walz and told him that the Military is with him all the way. Any difficulty and we will assume control but, when the looting starts, the shooting starts. Thank you!” Trump wrote in the tweet.

Sen. Ron Johnson (R-Wis.), who chairs the Homeland Security and Governmental Affairs Committee, said in an interview on Fox News Friday morning that the “wheels of justice” should move more quickly in order to stem the violence.

Prosecutors said on Thursday that they were not yet ready to file charges. Floyd’s death is being investigated by authorities at all levels of government — local, state and federal.