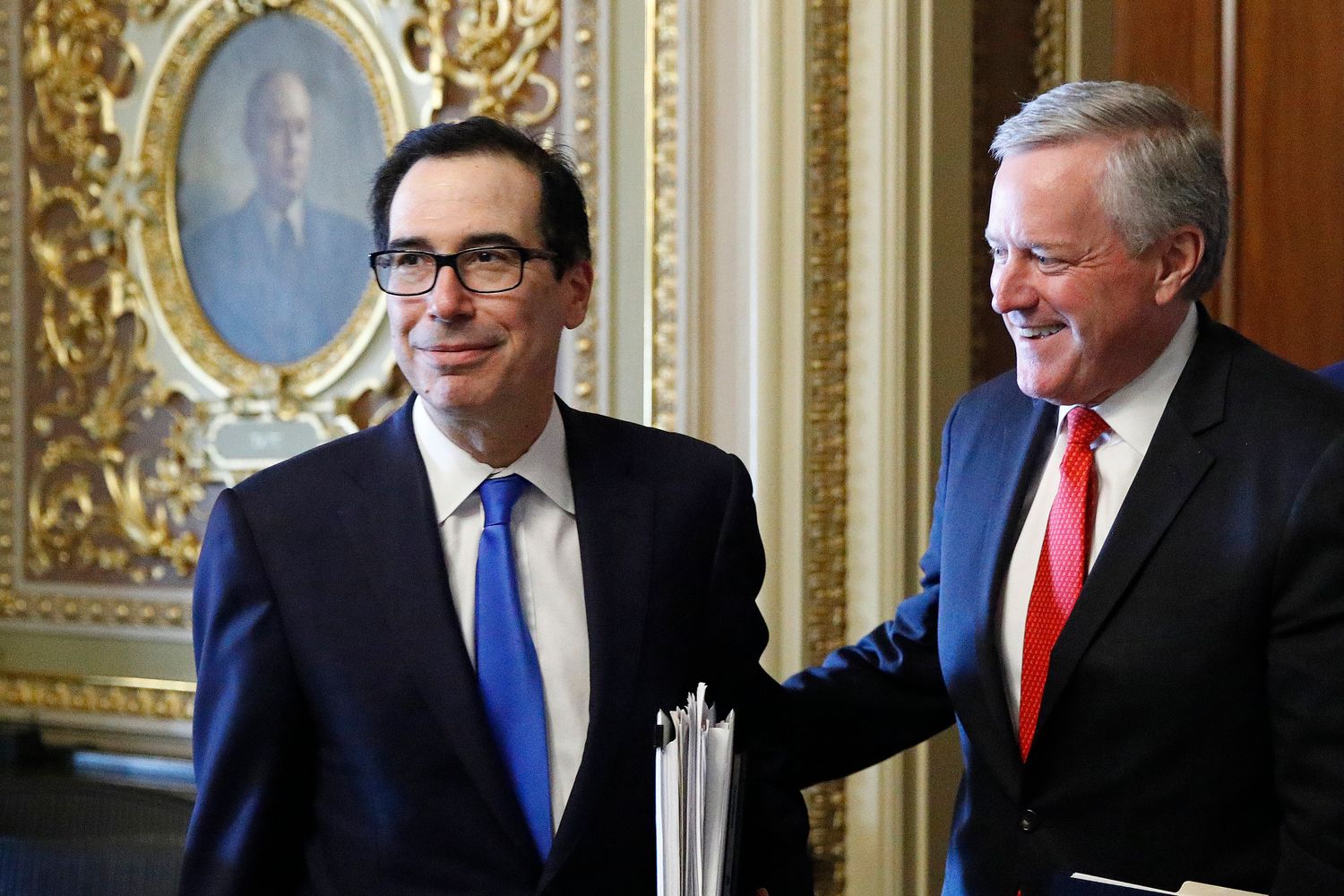 “We want to make sure we can extend UI but have the technical fix and not pay people more to stay home, that’s obviously a ridiculous concept,” Mnuchin said after the meeting. “We were always on the same page, this is a technical fix. We believe now that states will be able to transition to this new system.”

“There was a lot more written about the disagreements then there was actually disagreements,” Meadows added. “So I think it’s important to note that it made for great headlines but it wasn’t actually based in real facts in terms of any real discussions that were going on.”

The current $ 600 boost in unemployment benefits from the March CARES Act begins to expire this weekend.

The presence of two top administration officials in the Capitol on a Saturday afternoon with no senators around was not typical. Mnuchin and Meadows will also make media appearances Sunday.

The president and his administration are pushing for boosted unemployment payments that would make up 70 percent of workers’ income. GOP sources said the White House is raising new demands as part of the proposal, including manufacturing incentives.

“We’re going through a number of sections to make sure the detail matches our understanding of what should be in there, verifying a few of the manufacturing incentives to make sure we can support American jobs,” Meadows said prior to the meeting.

The White House is insisting it wants to reach a deal with Democrats on another major coronavirus package. But so far there’s been little sense of urgency.

When asked about House Speaker Nancy Pelosi’s comments that she wouldn’t take a “piecemeal” approach to the package, Meadows said that decision will be up to her and McConnell.

“If she’s not willing to piece it together I think there will be a number of people that potentially could be hurt because of that decision that’s not based on anything other than her personal negotiating tactics,” Meadows said.

Mnuchin spoke with Pelosi (D-Calif) on Friday but both sides are nowhere close to reaching an agreement. Pelosi and Senate Minority Leader Chuck Schumer (D-N.Y.) are insisting on a full extension of the $ 600 boost to unemployment benefits allocated in the March Cares Act until next year. They’re also seeking hundreds of billions in state and local aid.

The White House and McConnell, however, are pushing for a $ 1 trillion package. Mnuchin said Saturday they’d already agreed to Pelosi’s request for $ 100 billion for schools, which was included in the Heroes Act passed by the House in May.