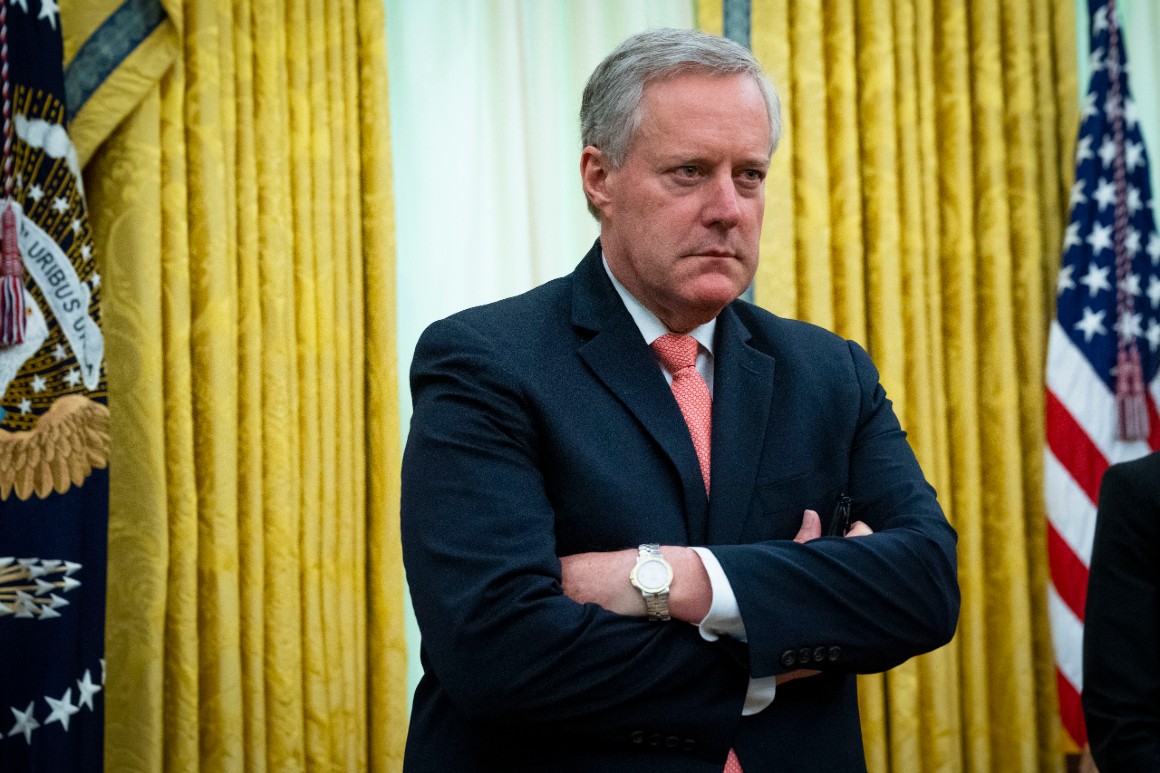 “We are going to be prepared on Monday to provide unemployment insurance extension that would be 70 percent of whatever the wages you were [making] prior to being unemployed, that it would reimburse you for up to 70 percent of those wages,” Meadows said. “Hopefully as a way to get people back on their feet.”

But Republicans and the White House still need to negotiate with House Democrats, and the GOP unemployment stance will set up a partisan clash.

Among other major differences, House Speaker Nancy Pelosi (D-Calif.) and other Democratic leaders have insisted on an extension of the $ 600 unemployment benefits, which was allocated by the CARES Act rescue package in March.

Meadows and Treasury Secretary Steven Mnuchin were on Capitol Hill on Saturday to continue hammering out an economic relief proposal with Senate Republicans after differences on a slew of issues delayed the release of the legislation last week.

On Sunday, both Meadows and Mnuchin downplayed the differences between the White House and Republican senators. Meadows said he and Mnuchin will head to Capitol Hill again on Sunday to put “the final touches” on a $ 1 trillion bill Majority Leader Mitch McConnell (R-Ky.) is expected to unveil on Monday.

Pressed by host George Stephanopoulos on concerns the administration’s approach to unemployment benefits will “be almost impossible to administer” and will result in “real gaps” for unemployed people before they receive money, Meadows predicted “we’ll be able to find a way to actually provide a threshold that will meet that guideline.”

“[Mnuchin] and I have been on Capitol Hill, as you know, over the weekend, we’ll be back there again today, putting the final touches on a bill that Leader McConnell plans to introduce tomorrow,” Meadows said. “But, honestly, I see us being able to provide unemployment insurance, maybe a retention credit, to keep people from being displaced or brought back into the workplace, helping with our schools.”

“If we can do that along with liability protection, perhaps we put that forward, get that passed as we can negotiate on the rest of the bill in the weeks to come,” he added.