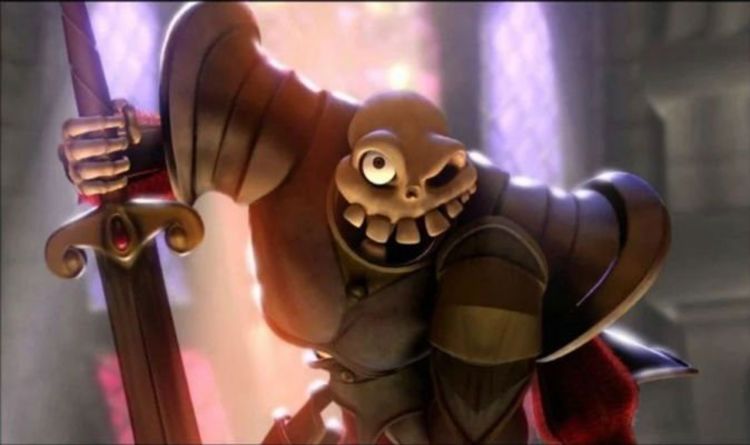 MediEvil for PS4 is probably one of the smaller launches happening on October 25.

Sandwiched between the release of Call of Duty Modern Warfare and The Outer Worlds, there’s plenty of monthly competition to think about.

But there are also a lot of PlayStation fans who can’t wait to return to the adventures of the undead Sir Daniel Fortesque.

The good news is that we aren’t far away from the MediEvil Remake release date, which also looks to have an early launch time.

The MediEvil Remake for PS4 is being released by Sony on Friday, October 25, 2019.

It’s a PS4 exclusive, meaning it will only be playable on PlayStation 4 consoles for the foreseeable future.

There’s a good chance it will eventually arrive on the PS NOW streaming service, but that won’t be happening in 2019.

It confirms that in the United States, MediEvil will be available to play from Midnight on October 25.

And there’s no reason to expect this release time to be different in the UK, with a midnight launch local time predicted.

If not, then MediEvil will likely be available by 5am, BST, the same time as in the United States.

For fans pre-ordering from retail stores, it will be worth checking to see if there are any late-night pick-up options on October 24.

This sometimes happens and with the new Call of Duty game launching on the same day, it might be possible to pop in.

Sony has been clear about their plans for the MediEvil Remake from the start, which looks to offer a celebration of the original PS1 title.

That means plenty of improvements but also an attempt to keep the core of the original game in sight.

“The rebuild leaves the undead heart of the 1998 original – with its melee-heavy combat, secret-packed levels and macabre humour – intact,” a message from PlayStation reads.

“Instead, the focus for Other Ocean, the studio charged with resurrecting the third-person action-adventure for modern-day audiences, has been mostly cosmetic.

“It rightly refuses to tinker with the original level design, yet isn’t afraid to add the occasional, but welcome, flourish.

“The world map has a new look, for example, while the Hall of Heroes, a hub world in which Sir Dan is bequeathed weapon upgrades from Gallowmere’s other legendary warriors, has been furnished with additional lore.”