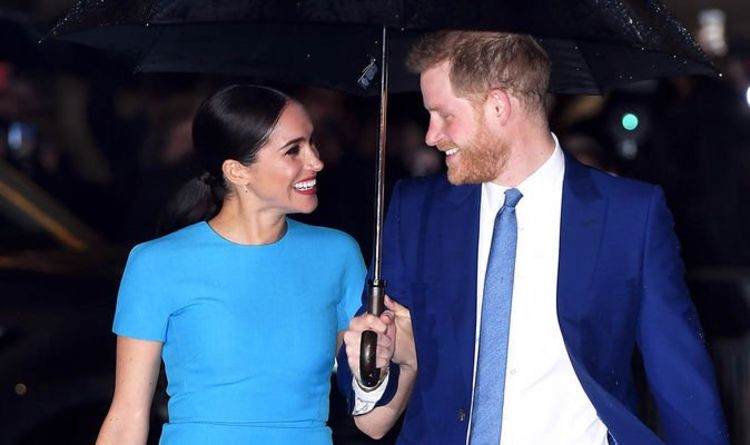 The Duke and Duchess of Sussex attended the annual Endeavour Fund Awards at Mansion House in London last night. The couple seemed excited to return, but the same can’t be said for some of the onlookers as one of them loudly booed the royal couple.

The awards marked Duchess of Sussex’ first public appearance in the UK tonight since she and her husband Prince Harry announced they were stepping down as senior working royals.

The couple put on a confident display as they arrived in pouring rain at London’s Mansion House, smiling broadly as they stepped out of their official car.

While there were some cheers for the royal couple, the loud jeer couldn’t go unnoticed.

However, the duchess payed no attention and failed to acknowledge the bad reception.

Following their time away in Canada where the couple decided to step down as senior members of the Royal Family and spend less time in the UK, Markle told the audience at the awards that it was “nice to be back”.

Meghan has not been seen in this country since she and Harry made the dramatic announcement that they were quitting public life in early January, much to the distress of the Queen.

The Queen was said to be very “upset” and “hurt” by Harry and Meghan’s shocking announcement in January.

JUST IN: The REAL reason Kate needs George, Charlotte, and Louis in Ireland

He also thanked his UK supporters and claimed to “have their backs”.

He said: “A lot of you tonight have told me you have my back, well I’m also here to tell you I’ve always got yours,” he said.

He and Meghan were “so happy to be back” presenting the awards, he said.

“For some, the military community represents a brotherhood or sisterhood that no other organisation can provide, and for others it’s a way of life which you never want to leave. For a lot of us, it’s both,” he said, praising the award winners.”

Despite no longer representing the Queen, he claimed he was proud to serve the monarch.

He added: “Being able to serve Queen and country is something we all are rightly proud of, and it never leaves us. Once served, always serving!”

The couple’s spokeswoman said: “In addition to the official engagements the duke and duchess are conducting over the course of the next few days, they are also meeting privately with several of their patronages.”

Harry, who had sacrificed his official patronages after their announcement, will retain private links to organisations of which he is a patron.