Meghan Markle and Prince Harry to 'step back' – did the royals give clues 'much earlier'? 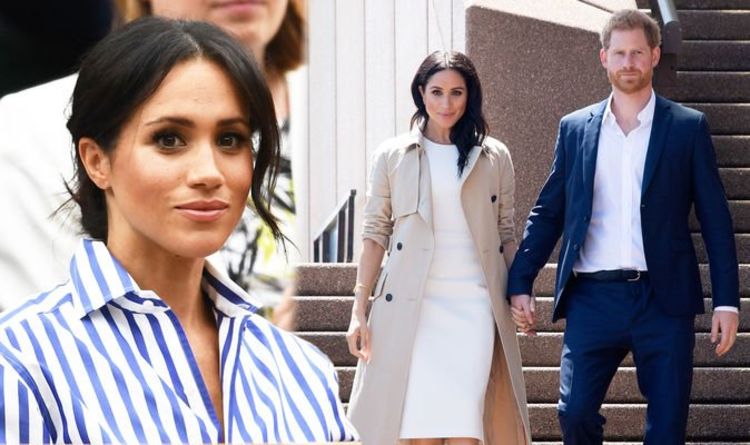 Meghan Markle became the Duchess of Sussex when she married the Queen’s grandson, Prince Harry, in 2018. Today, the couple announced they will step back from their role as senior royals. Did their body language predict this was going to happen?

Meghan Markle and Prince Harry confirmed their engagement in November 2017 and married the following year.

Formerly an actress, Meghan gave up her previous work to become a full-time member of the Royal Family.

In October last year, the couple opened up about the pressure they felt in their royal role in the ITV documentary, Harry & Meghan: An African Journey.

Shortly after, they announced they would go on a six-week break from duties and spent the holiday period in Canada.

The Duke and Duchess of Sussex appeared in public for the first time after their period of leave yesterday as they visited Canada House in London.

Posting a lengthy post on Instagram today, they told royal fans they intend to step back from their role as senior members of the Royal Family.

However, Meghan and Harry’s body language may have shown they had been struggling with their royal role for a while, body language expert, Judi James, has said.

She told Express.co.uk: “Although it was relatively easy to spot, signs pointing to a bowing out of royal life for Meghan and Harry the speed at which they have stepped down is quite startling.

“Harry’s relationship with the press has always been troubled and in many ways the first storm clouds began to gather before they were even married, when he complained officially about the way Meghan was attracting intrusive attention.

“He sounded angry and over-protective in his written statement and perhaps a little naïve given that Meghan was a well-known TV star used to being in the spotlight and clearly a magnet for press interest.”

The body language expert explained Meghan jumped headfirst into the new role which may have started to cause issues.

Judi added: “Meghan threw herself into royal life with an energy and enthusiasm that suggested she might not have understood the potential consequences of her new life.

“William and Kate have been the best blueprint for staying in the spotlight but avoiding the kind of rabid interest that surrounded Princess Diana.

“They attract attention and praise but without fuelling obsessive interest, single-handedly doing away with the soap opera effect that had plagued the previous generation of royals with their very public marriage splits and scandals.”

The Duchess of Sussex managed to hide any struggles she felt until appearing in Harry & Meghan: An African Journey.

Judi explained: “Meghan hadn’t been seen without her winning smile up to that very telling moment during the Tom Bradbury documentary when we suddenly saw a glimpse of a very different set of emotions.

“Her smile died and her eyes widened to form round circles of vulnerability and sadness as she spoke about her own feelings and the unfairness of her treatment.

“It was a dramatic alteration in her image and one that we might probably not see again now they have decided to take some steps out of royal public life.”

While Meghan managed to hide any pressures she felt, royal struggles were much more evident in Harry.