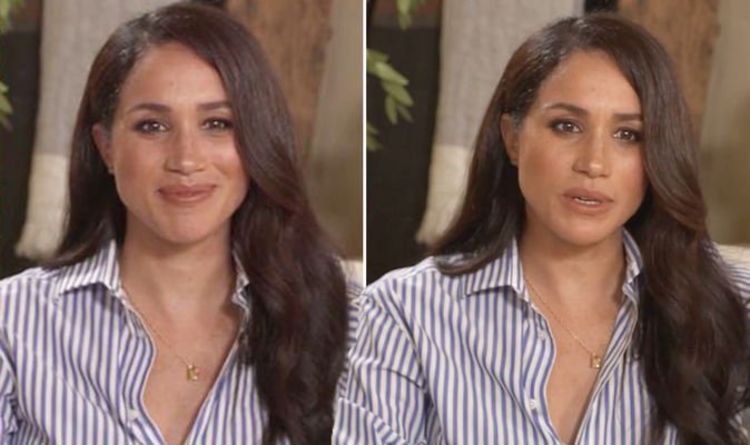 It had blue and white stripes and Meghan styled it by leaving the buttons undone.

The mother-of-one chose minimal jewellery and wore only a small gold chain with a square pendant.

She matched this with a pair of small gold stud earrings.

The royal looked stunning as she appeared with a natural hair and make-up look.

She wore her long dark brown locks down and styled into a side parting.

Meghan wore a smokey eye and a nude lipstick with a slick of blush on her cheekbones.

A post on Fortune magazine said: “In a conversation about humane tech, Meghan, The Duchess of Sussex, says, ‘We have got to all put our stock in something that is true, and we need to have reliable media and news sources that are telling us the truth.

Meghan looked chic in a tan shirt which had a casual feel as she rolled up her sleeves.

The Duchess of Sussex pulled back her long hair into a casual ponytail.

She completed the look with a pair of black leather trousers.

When your bleeding could be a sign of cervical cancer: How to know when you're at risk

ByOther cervical cancer symptoms may include a loss of appetite, severe pain in the back, constipation, finding blood in your urine, and even incontinence. There’s...
Read more
Lifestyle

Coronavirus latest: Light at end of the tunnel hope soaring for vaccine to defeat virus

The Dream Is Real: You're Finally Home Alone Again

ByIllustration: fabio delvo'By Rachel Feintzeig Close Rachel FeintzeigOct. 18, 2020 8:00 pm ETOne morning in September, I crept down the stairs and was greeted with an unfamiliar...
Read more