Meghan Markle: Did this 'easy to spot' sign predict she... 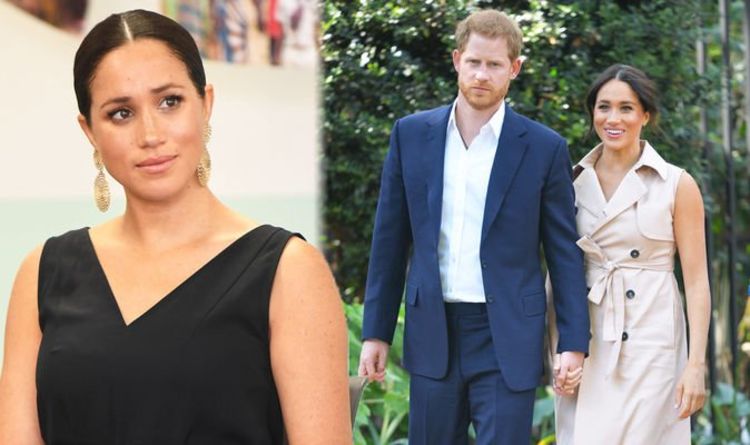 Meghan Markle became a full-time working royal when she married Prince Harry in 2018. The couple have recently stepped back from royal duties and will no longer act as working “senior” royals. Did she predict this would happen much earlier?

Meghan and Harry’s body language could have shown royal fans they were planning to take a different role.

Body language expert, Judi James, told Express.co.uk: “Although it was relatively easy to spot, signs pointing to a bowing out of royal life for Meghan and Harry the speed at which they have stepped down is quite startling.

“Harry’s relationship with the press has always been troubled and in many ways the first storm clouds began to gather before they were even married, when he complained officially about the way Meghan was attracting intrusive attention.

“He sounded angry and over-protective in his written statement and perhaps a little naïve given that Meghan was a well-known TV star used to being in the spotlight and clearly a magnet for press interest.”

READ MORE: Meghan Markle and Prince Harry net worth: What is royal couple’s fortune amid ‘step back’?

Their body language also showed the Duchess of Sussex approached her role differently to royals such as Kate Middleton.

Judi added: “Meghan threw herself into royal life with an energy and enthusiasm that suggested she might not have understood the potential consequences of her new life.

“William and Kate have been the best blueprint for staying in the spotlight but avoiding the kind of rabid interest that surrounded Princess Diana.

“They attract attention and praise but without fuelling obsessive interest, single-handedly doing away with the soap opera effect that had plagued the previous generation of royals with their very public marriage splits and scandals.”

As well as having another take on her role, Meghan also made different choices with her fashion.

While royals such as Kate Middleton and Sophie, Countess of Wessex, will wear jewels from the royal collection, Meghan often wore her own pieces.

In fact, she did not wear any pieces of jewellery from the Queen’s royal collection at all after her wedding.

Instead, she opted for pieces that appeared to have no significant meanings, Claire Adler, luxury public relations consultant and jewellery specialist, explained.

She told Express.co.uk: “In Autumn 2018, Meghan was spotted wearing a gold signet of similar design from Missoma, which promptly flew off the e-shelves after eagle-eyed fans made the connection.

“The latest addition to Meghan’s jewellery collection, a simple band with a flat gold coin is a modern take on the classic signet and is as restrained and tasteful as we have come to expect from the Duchess.”

By opting for simple jewels, Meghan’s look contrasted with the lavish pieces often worn by royals.

She added: “It’s doubtful Meghan is trying to make any kind of statement with such an inconspicuous piece.