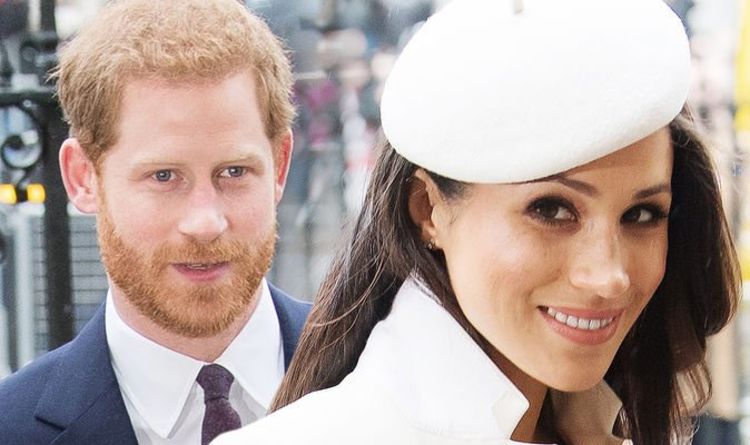 According to US site Page Six Harry was introduced by his wife before delivering a speech.

Meghan reportedly spoke of her “love for her husband” before he took the microphone.

The talk was delivered outside the hotel on the beach inside a huge tent.

The Duke and Duchess of Sussex have yet to formally confirm their attendance at the event.

However speaking to DailyMail.com a source close to the couple said: “I can confirm reports the Sussex’s attended a JP Morgan gathering in Miami yesterday, where the Duke spoke.”

US TV host Gayle King is also believed to have spoken at the event, which was reportedly attended by former British Prime Minister Tony Blair.

Meghan and Harry are currently living in Canada with their son, Archie Mountbatten-Windsor, having stepped down as senior royals.

“He does not want Meghan and their son Archie to go through what he did as a child.”

After the speech Harry and Meghan are believed to have had a private dinner with other senior dignitaries.

In January the royal couple announced they were to “step back” from senior royal duties.

Instead the couple said they would split their time between Britain and North America whilst seeking to become financially independent.

They agreed to repay the £2.4million of taxpayers money spent renovating their Frogmore Cottage home near Windsor.

The shock announcement led to an emergency conference attended by the Queen, Harry, Prince Charles and Prince William.

It was agreed the couple wold no longer use their HRH titles or represent the Queen abroad.

Following the summit the Queen issued a statement saying she was “pleased that together we have found a constructive and supportive way forward for my grandson and his family”.

She added: “Harry, Meghan and Archie will always be much loved members of my family.”

Harry and Meghan were married at Windsor Castle in May 2018.

The couple had met on a blind date arranged by a mutual friend.