Meghan Markle: The peculiar reason the Duchess of Sussex is compared to Princess Diana 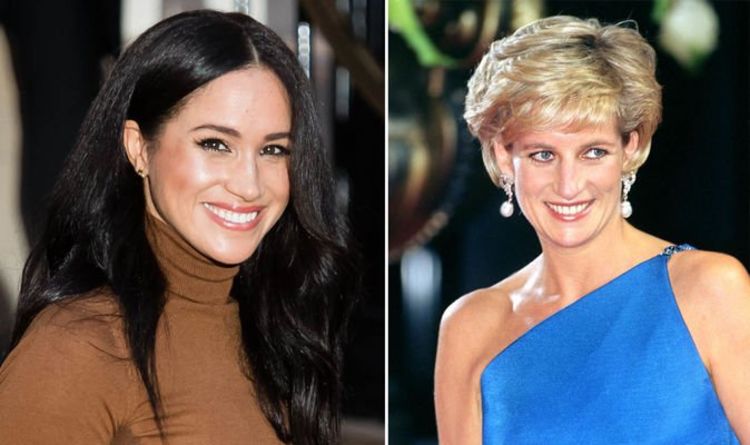 Meghan Markle, who married Prince Harry, 35, in 2018, has undoubtedly become one of the more popular Royal Family members in recent years. With her great sense of style, strong opinions, and determination to bring change to the British monarchy it’s no surprise that the public, just like the press, have been enamoured with her, just like they were with the late Princess Diana.

It’s pretty safe to say that even though Meghan and Princess Diana never had the chance to meet before the Princess of Wales’ untimely death, they are often compared to one another for a particular reason.

The latest news that the Sussexes are stepping back as “senior” royals has reignited chat about Prince Harry’s mum, Princess Diana.

In a statement last year, the Prince compared the press’s coverage of Meghan to the way in which his mother was treated.

After all, Princess Diana was often written about in newspapers – often her great charity work and hard work for good causes was dwarfed by her private life, often deemed scandalous by the press, as it made headlines around the world.

READ MORE: Prince Harry SNUB: The one rule that could halt Sussexes’ plan

Last year, Prince Harry said the “ruthless campaign” against the Duchess of Sussex is “history repeating itself”.

“I lost my mother and now I watch my wife falling victim to the same powerful forces,” he said.

Although Prince Harry’s intentions to protect his wife from a similar end are noble, many fear that Harry and Meghan’s move to step back from their royal duties echoes a similar decision his mother took so many years ago.

“[The decision to step back] echoes of Diana when she suddenly announced after her separation [from Charles] that she was stepping back from 50 of her charities without consulting anybody,” said journalist and royal author, Penny Junor.

The particular reason that the two women are constantly compared to one another is that they share many similarities.

Both Meghan and Diana are and were heavily involved in charity work, and they looked to give back to the people of the world as much as they could. Harry‘s wife and his late mother both have caring spirits and, just like Diana, Meghan works hard to make her voice heard regarding issues that she is passionate about.

According to BBC News, even Prince Harry has made comparisons between Princess Diana and Meghan. He has stressed the similarities of the negative way that Meghan is currently being portrayed in the tabloids, to how the press’s obsession with Diana ultimately led to her untimely death.

When Meghan and Harry first went public with their relationship, her fame suddenly skyrocketed, and, just like Diana, she became one of the most famous women in the entire world.

Royal author and expert, Katie Nicholl, told Radio 1 Newsbeat: “Diana became a royal icon unlike any other. She was globally recognised and internationally famous.”

But the expert added that with the added fame, Princess Diana also received her fare share of negative comments.

“Diana was criticised in the press. She was the most famous person in the world and the paparazzi were a constant presence in the lives of Prince William and Harry”.

“At times she had a very good relationship with the press and they were on her side,” James Brookes, a journalist specialising in the Royal Family, said.

“At other times she complained about the media for being intrusive. It was a mixed relationship,” he added.

Princess Diana died in a car crash in the Pont de l’Alma tunnel in Paris on 31 August 1997. Prince Harry was 12 at the time.