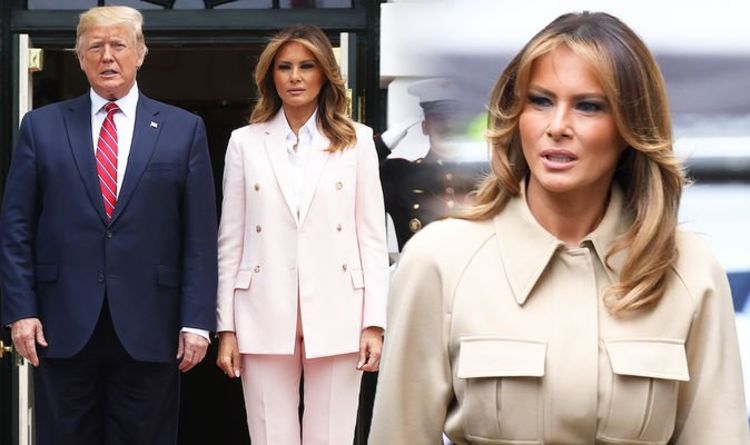 She explained: “Melania seemed to drop the model posing and opted for a pseudo-military stance instead, using symmetric poses with her shoulders squared and arms straight down at her sides.

“Here the mirroring between the Trumps present them as equals and very much a team of two, with the hand clasp hinting at a desire to signal affection and agreement.”