Melania Trump has spent thousands on designer clothes – who pays for her pricey looks? 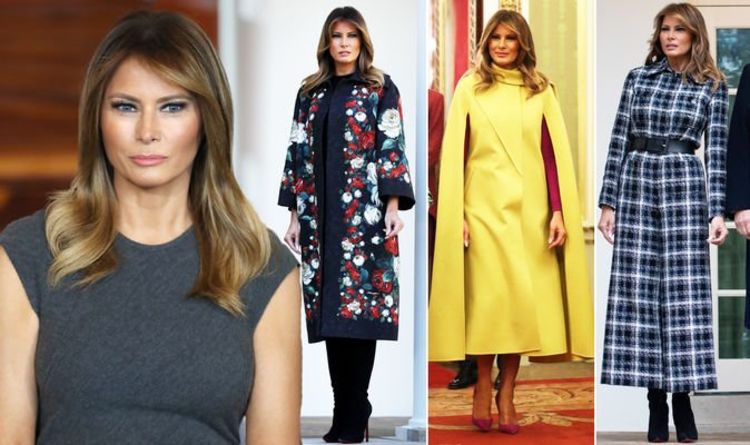 Melania Trump will often attract attention when she steps out with her husband Donald Trump, 72. All eyes are on the former model to see what designer garment she is wearing. Her wardrobe is full of stunning items of clothes but who pays for these?

The garment was on sale for £268 and she paired it with Prada black suede boots that cost a cool £930.

She kicked the New Year off at a party held at Donald’s Mar-a-Lago estate in Florida.

She is used to pricey outfits and spend an estimated £193,694 on clothes in 2019, according to reports on her clothes.

As some of her garments from the past year could not be identified, her total spend is likely to be much more.

So, who pays for her designer outfits?

American taxpayers may be interested to know who pays for Melania’s outfits but it is unlikely to come from their money.

The First Lady has an estimated net worth of £38million, according to Celebrity Net Worth.

She is likely to have earned some of her fortune from her days as a fashion model.

With such a large sum of money in the bank, Melania could easily foot the bill for her own clothing.

It is thought that is what she does do and the Hollywood Reporter said her spokesperson Stephanie Grisham confirmed “she pays for all her own clothes.”

As she is so often in the public eye, the President’s wife could get a discount from certain clothing brands.

ByLung cancer is the uncontrolled growth of abnormal cells in one or both lungs, and treatment success is largely determined by the size of...
Read more
Lifestyle

ByCadbury Secret Santa is returning for its third year to give chocolate lovers the chance to secretly send a loved one a bar of...
Read more
Lifestyle