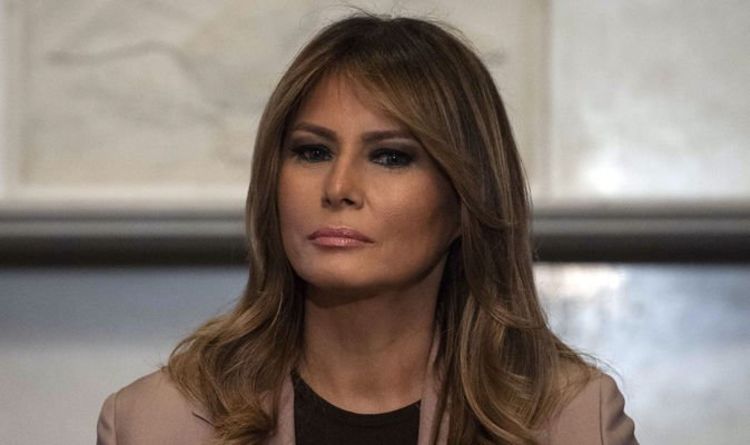 According to CNN, 10.3 million Americans aged 12 or over misused opioids in 2018. Opioids are drugs used as painkillers. The First Lady has posted four recent Instagram posts about the issue.

“There is no room for illegal drugs in our schools and communities.

“I encourage youth to take the please pledge this week and choose to live drug free.”

She then thanked members of Congress who signed the Support Act.

Mrs Trump described it “the largest piece of legislation on a single drug crisis yet”.

She added: “Your efforts in this opioid fight are instrumental and we’ll continue working on this important issue.”

Her next post was of husband Donald Trump signing the act into law.

She claimed the act “provides the necessary tools to fight this opioid crisis”.

“Importantly, this bill will increase access to long-term treatment and recovery while also helping stop the flow of deadly synthetic drugs like fentanyl from being shipped into the United States through our own postal service.”

As reported by Vox in October, Stanford University’s Keith Humphreys said parts of the bill “will make a difference” but said Republicans and Democrats had a “fundamental disagreement” of how much money to commit.

He explained: “Lacking that, Congress did the next best thing — which is to find agreement on as many second-tier issues as they could.”

On Friday she posted pictures of Living Drug Free wristbands.

Mrs Trump wrote: “Earlier this month at Drug Enforcement Administration Headquarters we recognised the dangers of illegal drugs and honoured the agents who keep us safe.

“Today and during Red Ribbon Week, we have an opportunity to come together in our fight against drug abuse.

She signed off by hashtagging her Be Best campaign.