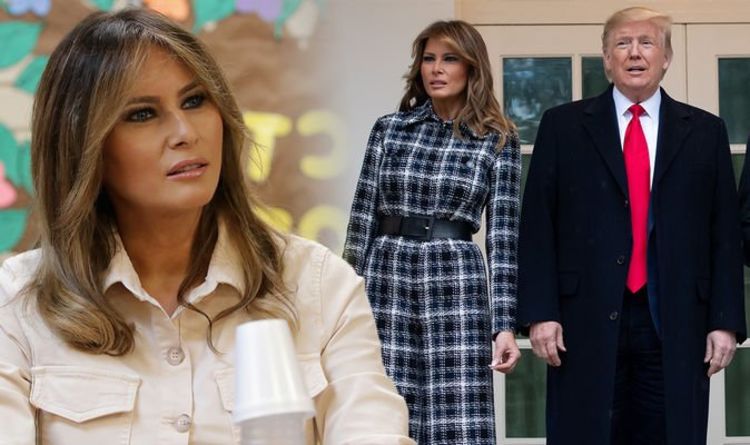 Melania Trump is the wife of the 45th US President, Donald Trump. When the President was inaugurated, Melania became the First Lady of the United States. A speech expert revealed the key ways she has changed since taking on the role.

The First Lady has taken to the stage to talk about the campaign many times over the last three years.

When doing so, her voice appears to show some differences from public speeches before becoming First Lady.

James Bryce, CEO and founder of communications analytics firm gweek, analysed her voice before and after she joined the White House.

He told Express.co.uk: “With Melania, there is very little change between the different clips.

“This in itself suggests that she has persisted with a rehearsed and scripted approach.”

He explained the mother-of-one has appeared to rely on a script during recent appearances.

Doing this has meant fans of the First Lady might not have been able to enjoy her full personality.

James added: “With this approach, she’ll find it difficult to inject her full personality into her delivery, due to her reliance on a tele-prompter.”

It would seem Melania has received some help to improve her speaking abilities in the last few years.

The expert explained this has resulted in the First Lady being more controlled as she speaks.

Melania could have made this change to enable her to get across important messages more clearly.