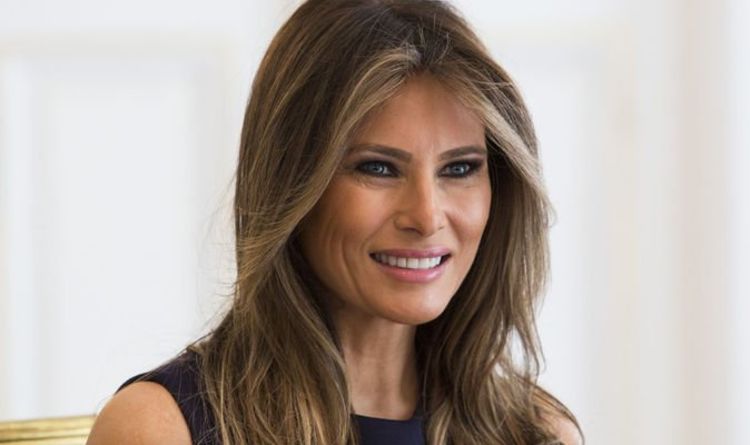 The First Lady, and wife of US President Donald Trump, has spoken out in the past how she is heavily involved in the bringing up of their son, 13-year-old Barron. During a 2015 interview with People Magazine, Melania explained why she refused to get a nanny. She said: “I like to be hands-on. I think it’s very important.”

Even though the mother of one could afford help, Melania was the one who changed her sons nappies and prepared his lunch and dinner, though the Trumps reportedly have a personal chef.

She added how she dropped Barron off and picked him up from school and regularly spent time with her son in the afternoons.

The First Lady added: “I am a full-time mom; that is my first job. The most important job ever”.

Melania told Parenting.com how she started her business when Barron started school.

The future President agreed with his wife’s decision at the time.

He said: “If you have too much help, you don’t get to know your children.”

The First Lady also told the website that parenting responsibilities fall primarily on her and not her husband.

She noted that Barron and his father have a “beautiful relationship”.

JUST IN: How Queen ‘sent cryptic message to Donald Trump

“Donald didn’t change diapers and I am completely fine with that. It is not important to me.

“It’s all about what works for you. It’s very important to know the person you’re with. And we know our roles.

“I didn’t want him to change the diapers or put Barron to bed. I love every minute of it.”

Despite the claims, Trump later revealed to Page Six that the family did have assistance.

He said: “Yes, there is a young woman,

“Someone who works with Barron.”

Prior to this in a People Magazine interview with Melania in 2006, shortly after Barron’s birth, she posed in the baby’s nursery.

The nursery had its own floor with a kitchen, living room and quarters for a nanny and Melania.

She added: “Sometimes I just think, ‘Oh my God, this is my baby. I have a baby.’ There’s nothing like it.”

Many of rich and famous people been criticised for downplaying the role a nanny might play.

Trump’s daughter Ivanka came under fire for barely acknowledging she has two nannies in her book “Woman Who Work”.

Vanity Fair reported Ivanka and her siblings, Donald Jr and Eric, had two nannies to help take care of them before they went to boarding school.