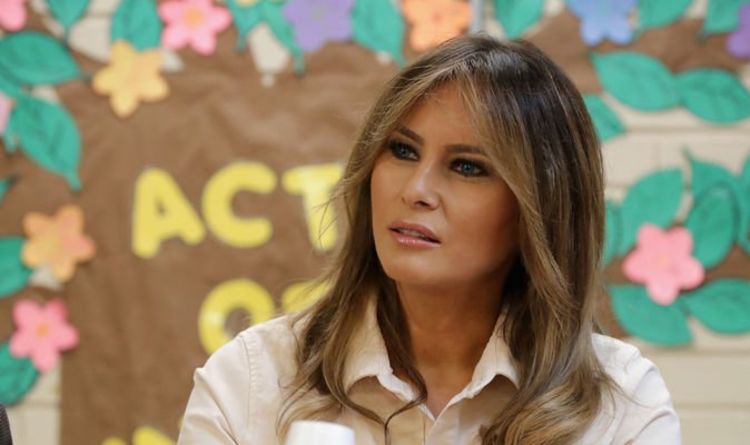 The chopper was reportedly on its way to the Mamba Academy for basketball practice when it crashed and burst into flames. FLOTUS said in a tweet: “Thoughts and prayers to the family of #Kobe Bryant and those who lost loved ones in today’s tragic crash.”

President Donald Trump, meanwhile, tweeted in a series of messages:

“Reports are that basketball great Kobe Bryant and three others have been killed in a helicopter crash in California. That is terrible news!”

This was followed by: “Kobe Bryant, despite being one of the truly great basketball players of all time, was just getting started in life.

“He loved his family so much, and had such strong passion for the future.

The loss of his beautiful daughter, Gianna, makes this moment even more devastating.

“Melania and I send our warmest condolences to Vanessa and the wonderful Bryant family.

“He was also a leader off the court, including in his advocacy for young people, especially the vulnerable and homeless — a passion I saw firsthand when I joined him and Vanessa for the opening of a housing project they and their foundation supported.

“Kobe Bryant lived a very large life in a very short time. But above all, he loved his family.

“Our prayers are with Vanessa, Natalia, Bianka, and Capri, and all those who lost loved ones today.”

A new report from the LA Times has said that the helicopter that crashed in Calabasas “had the feel of a limousine” while it also “boasted a strong safety record”, according to the basketball star’s former pilot.

Kurt Deetz told the publication that he flew Bryant from 2014 to 2016.

He claimed that near enough every occasion Byran used the reliable helicopter.