Melania Trump tarot: First Lady to face ‘difficult months ahead’ unless she does this 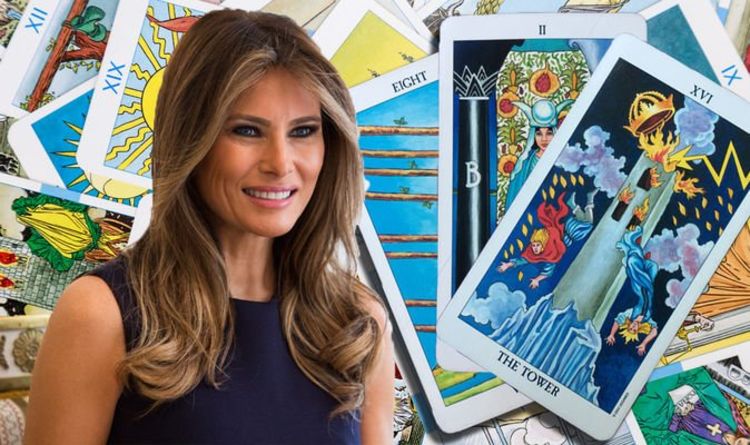 “When The Tower appears, there’s always going to be something unexpected, something that happens out of the blue, and it’s usually a game-changer in some way.

“However, if she follows the advice given to her by the cards she will be able to avoid the storm cloud heading her way.”

The Tarot expert added: “In conclusion, the cards suggest the First Lady will face difficult months ahead as she struggles to win support but as the Eight of Wands and The High Priestess suggests, she will be able to overcome those challenges if she follows her instincts.”

What is a Tarot card reading?

Tarot is one of the oldest forms of fortune telling known to man. A Tarot deck is a deck of cards, usually 78 cards, that is used by someone who is skilled in the reading of them.

Depending on the type of reading that you are wanting to have, the Reader will consult the cards to show them what you are needing to know.

Tarot cards have been around since the fifteenth century and are still one of the world’s most common ways of divining into the future.