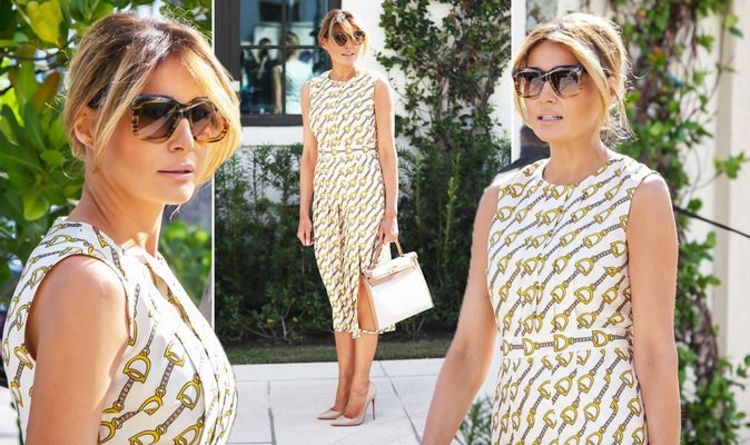 Florida is one of the key swing states that will help determine the outcome of the 2020 US Election.

The location was closed for around 45 minutes while the First Lady was inside.

Melania looked relaxed as she soaked up the Florida sunshine.

The mother-of-one is known for her love of designer outfits and this look did not disappoint.

She opted for a sleeveless midi dress that had a high neckline.

Her gown had a fitted bodice that showed off her slim waist and a full pleated skirt.

The dress was white with a gold link chain design printed on it.

Melania highlighted her sun-kissed skin with a swipe of bronzer and nude lipgloss.

She wore a pair of oversized sunglasses with a tortoise shell frame.

The First Lady joined many other voters in the election that has had a record turnout.

The election polls have already started to close in some states.