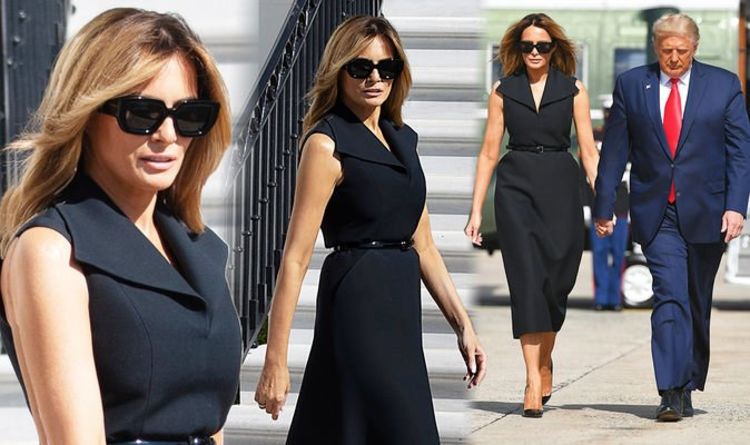 The gown is reportedly by Christian Dior and similar items are on sale for £600.

The dress had an oversized collar and a plunging v-neckline.

It had a loose fitting skirt that cut off just above her ankle.

The former model showed off her tiny waist with a thin leather belt.

Melania enjoyed the sunny weather by leaving her jacket at home.

She completed the look with her favourite pair of Christian Louboutin So Kate pumps.

The shoes, which she often recycles, have a five inch heel and are on sale for £545.

Melania seemed to favour a natural make-up look, wearing a nude lip and slick of bronzer.

Melania has been keeping a low-profile since her coronavirus diagnosis was announced.

It was later revealed that Melania, Donald and their son Barron had all contracted the illness.

The family have since recovered and Melania spoke about her experience with the illness in a post shared on the White House website.

She explained her heartbreak at finding out that her son and husband had also tested positive.