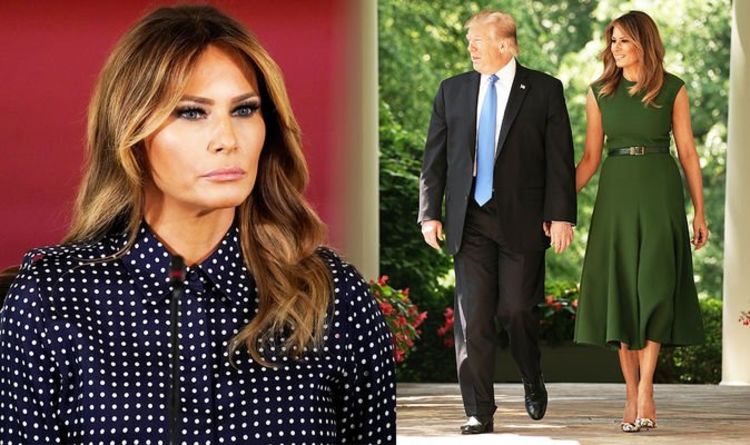 For example, she will often speak on the Be Best initiative which supports the well-being of children and fights against cyberbullying and drug use.

In the last few weeks, Melania has been making slightly different speeches when in public.

She recently attended an event for the Republican party convention which took place at the White House.

While at the event, Melania spoke about why she thinks her husband should be reelected.

Judi also claimed that she appeared slightly nervous when addressing the crowds.

She told Express.co.uk: “The suggestion of the speech was that Trump’s team now cherish and value Melania’s impact and potential in a way that they never seemed to in the early days of the presidency.

“The way her arms pumped gently against her ribs in a self-motivating ritual, suggested that this promotion might not have been prompted by her though.

“Melania looks poised, elegant and rehearsed to within an inch of her life while Donald is all about spontaneity.”

Melania’s body language with Donald recently could suggest they have grown to have more of a shared role in the White House.

Judi added: “Melania also does stories and empathy and sympathy during her speeches. Donald now looks happy doing a little power and attention-sharing with his wife.”

Express.co.uk readers can vote in our poll on whether people in England should face an eye-watering £10,000 fine for failing to self-isolate. And let...
Read more