Men should cut back on booze, federal panel says 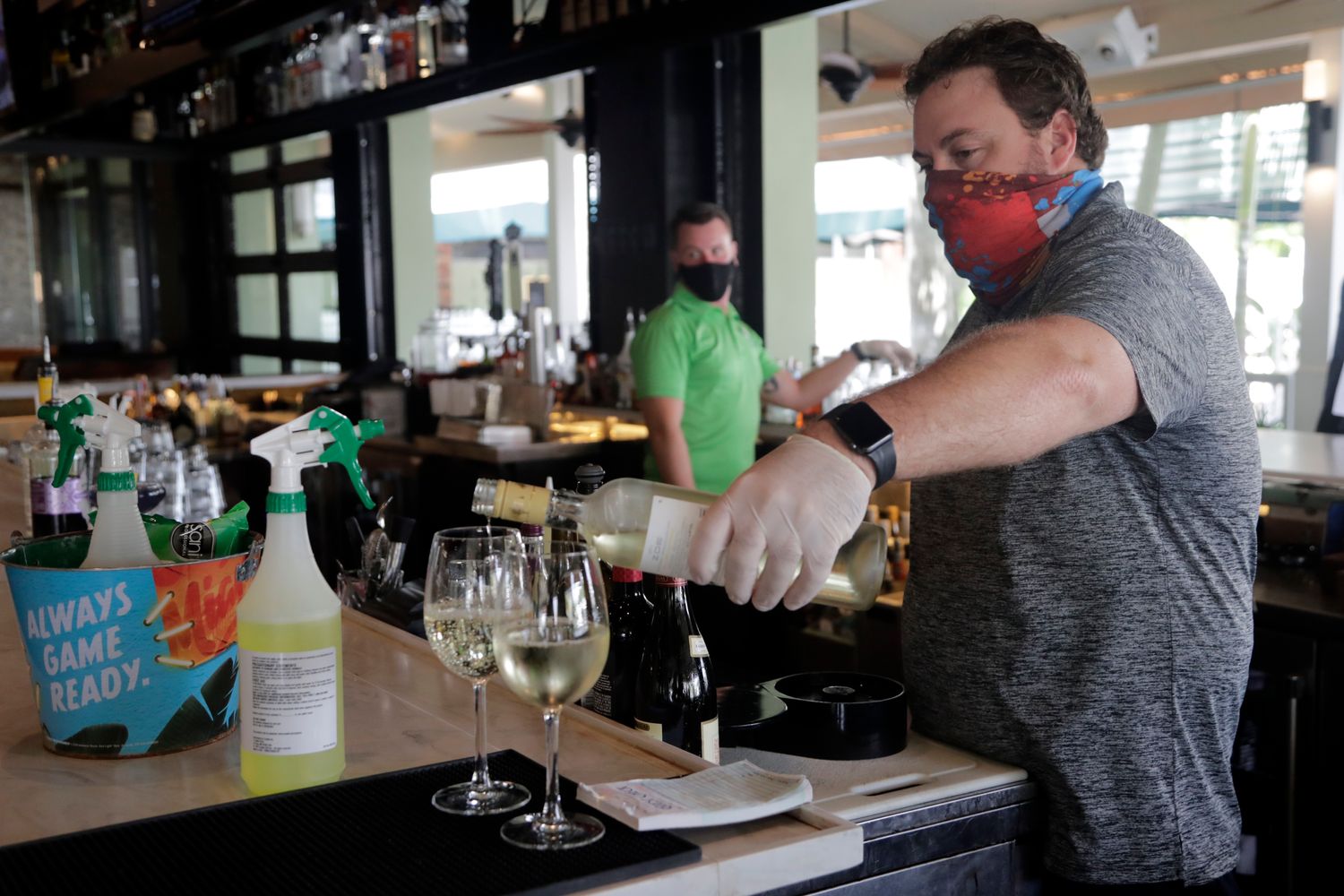 Consuming the current limit of two drinks per day for men is associated with a “modest but meaningful increase” in death rates due to all causes, compared with just one drink per day, the panel found. The recommended advice would be unchanged for women.

The conclusions — a notable departure from what the federal government has recommended since the 1980s — are seen as surprising to some who worried the Trump administration-appointed committee would be too industry-friendly.

Since it was convened late last year, the committee has been criticized for having too many connections to food and beverage companies and being hamstrung by the Trump administration. But the recommendations look pretty similar to those during the Obama administration, except they go further on alcohol and sugar.

“It seems public health won out, but we’re still watching closely to see how these are translated into the 2020 guidelines,” said Jessi Silverman, a policy associate at the Center for Science in the Public Interest.

The guidelines have long been the subject of political infighting and industry lobbying because they influence marketing in the trillion-dollar food sector, dictate what’s served in multibillion-dollar federal nutrition programs like school meals and shape the advice doled out by health professionals.

The latest conclusions, which were unveiled Wednesday during a lengthy webinar that lasted more than eight hours, are still in draft form. The final scientific advisory report is expected to be publicly released in mid-July.

The panel of outside experts does not write the guidelines, but reviews the latest science and advises the government on what they should say.

The committee comes up with a lengthy scientific report that is used by officials at the Agriculture Department and the Department of Health and Human Services to devise the Dietary Guidelines for Americans, which are expected to be updated by the end of this year.

The advisory panel’s conclusion on alcohol would be a significant change from the government’s long-standing advice. Currently, the dietary guidelines recommend that if people drink, they should do so in moderation, which is defined as two drinks per day for men and one drink per day for women.

The conclusion is likely to be the subject of debate in the coming weeks, as there is some disagreement among scientists about whether the definition of moderate drinking needs to be tightened.

“This would suggest that there is a lot of new science on this topic, and there’s not,” said Eric Rimm, a nutrition researcher at Harvard, who served on the 2010 Dietary Guidelines Advisory Committee and played a key role in reviewing alcohol science. “It’s unfortunate because it’s going to create some confusion.”

The advisory committee is also suggesting that Americans should take in even less added sugar than previously advised.

The last iteration of the guidelines, crafted during the Obama administration, recommended that consumers not get more than 10 percent of their calories from added sugars.

The latest panel recommends that the government go further. A limit of 6 percent of calories from added sugars is “more consistent with a dietary pattern that is nutritionally adequate while avoiding excess energy intake,” the committee concluded.

After meat groups waged an all-out war over the issue, USDA and HHS ignored the recommendations and left the environment out of the guidelines. This time around, no one in Washington expected that sustainability would get taken up again, as POLITICO reported last year.

Aside from all the bickering about what the guidelines say about various foods, there’s also been increasing criticism that the recommendations themselves are flawed.

Epidemics of obesity, diabetes and hypertension continue to plague the country, tamp down productivity and rack up billions in extra health care costs. The guidelines are aimed at preventing diet-related diseases, not combating them — which means the advice is not geared toward a majority of the U.S. population.

“A Dietary Guidelines that does not address the two-thirds of Americans who are overweight or have obesity is, in our view, a nutrition policy that lacks relevance to much of the general public and reflects an insufficient review of the science,” the Academy of Nutrition and Dietetics said in a comment to the panel this week. The group represents more than 100,000 dietitians and other nutrition professionals in the health field.

Several groups are furious that the guidelines continue to leave out low-carbohydrate and high fat diets as healthy eating. The committee doubled down on previous recommendations to limit saturated fat consumption and did not give low-carbohydrate diets a nod, as some advocates had hoped they would.

back, booze, Federal, panel, says, should