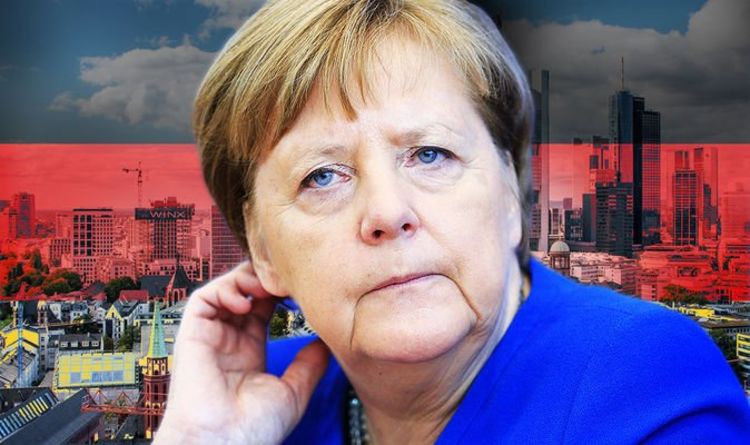 The European Union’s largest economy recorded a 2.2 percent slump in the first quarter, shrinking at its fastest rate since the financial crisis more than a decade ago. It was the biggest quarterly decline in German GDP since the first quarter of 2009, when it shrank some 4.7 percent. But analysts have warned the worse is yet to come for Germany.

Economists expect its economy to shrink by between 10 percent and 20 percent in the second quarter of 2020.

Carsten Brzeski, an economist at ING said: “Things will get worse before they get better.

Germany’s statistics office said the country was hit by a rapid fall in household consumption after large parts of its economy was suspended in order to combat the global pandemic.

Economic growth was only supported by government spending, which “had a stabilising effect and prevented a larger GDP decrease,” according to Destatis.

France and Italy also entered into recession as lockdown measures across the Eurozone finally showed signs dragging economies down.

Paris suffered its most dramatic decline, shrinking by 5.8 percent.

And Rome suffered a 4.7 percent slump.

Official figures released on Friday showed Eurozone GDP shrank by 3.8 percent in the first three months of the year.

EU-wide figures showed the wider bloc shrank by 3.3 percent, with a more drastic decline only prevent by Sweden and Finland’s less stringent lockdowns.

Britain is also facing a huge recession, according to Chancellor Rishi Sunak.

But he vowed to help the country “emerge stronger” when the economy reignites.

He said: “In common with pretty much every other economy around the world we’re facing severe impact from the coronavirus. You’re seeing that in the numbers.

“That’s why we’ve taken the unprecedented action that we have to support people’s jobs, their incomes and livelihoods at this time, and support businesses, so we can get through this period of severe disruption and emerge stronger on the other side.”