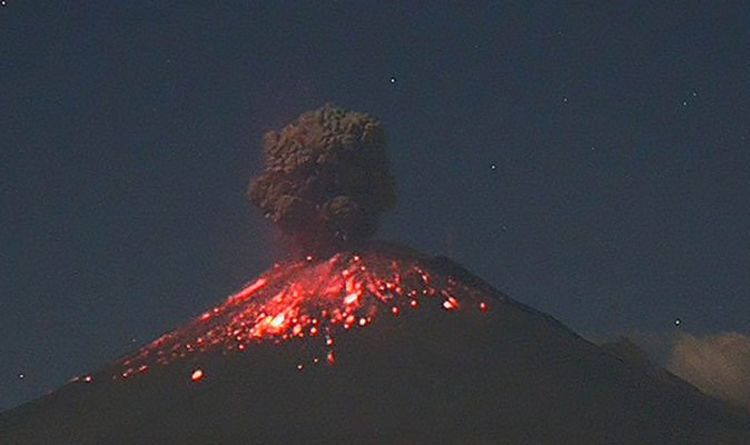 Local residents have been asked to cover their mouths and nose with a handkerchief.

Residents were also told to shut their windows and to avoid wearing contacts to avoid irritating eyes.

Popocatepetl is an active stratovolcano in the Mexican states of Puebla, Morelos and Mexico.

Popocatepetl is named after the Aztec word for smoking mountain and is the second-highest volcano in North America.