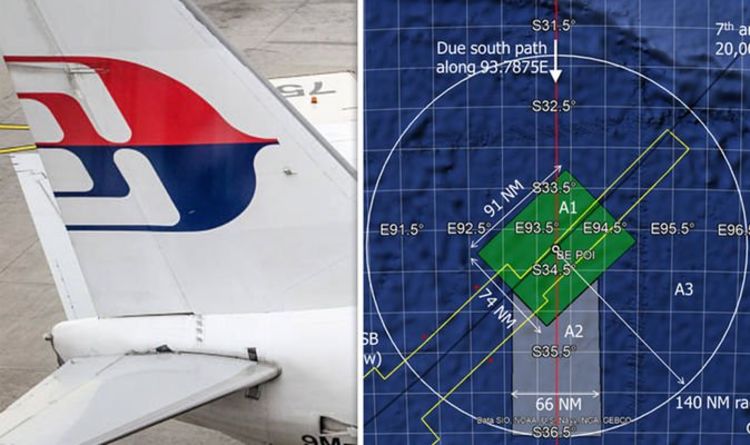 MH370 disappeared on March 8, 2014, with 239 passengers and crew aboard and while debris has been recovered the main body wreckage has not, despite two extensive searches. The Malaysian government has stated that it needs new evidence before starting a new search, although US-based search company Ocean Infinity has promised that it will help on a “no find no fee basis.” After extensive research, investigators have defined a new area for the MH370 wreckage, adjacent to that previously covered along what is known as the seventh arc, to the west of Western Australia.

Victor Iannello, Bobby Ulich, Richard Godfrey and Andrew Banks identified the areas of interest in their paper “Search Recommendations for MH370,” which was shared online today.

The paper states: “The last search for MH370 was conducted by Ocean Infinity, who consulted with official and independent researchers and subsequently scanned the seabed along the seventh arc as far north as S25 latitude.

“Since then, independent research has continued to analyse the available data to understand what areas of the seabed are the most likely, and why previous search efforts have been unsuccessful.

“The results of our work suggest that the final hours of the flight were due south in the Indian Ocean along E93.7875 longitude, which matches a great circle between the waypoint BEDAX (about 100 NM west of Banda Aceh, Sumatra) and the South Pole.

“The point of impact was estimated to lie close to the seventh arc around S34.4 latitude.”

This would be about 1800km due west of Dunsborough, Western Australia.”

The paper has put forward three possible scenarios for the location of the wreck, based on varying scenarios after MH370 exhausted its fuel.

These take into account whether the pilot, Zaharie Shah, was in control until the very end, or not.

The report adds: “To define the search area near the best-estimated point of impact, three cases were considered, each with an associated search area.