Michael Bradley on 'empty' Donald Trump: 'There isn't a moral bone in his body' 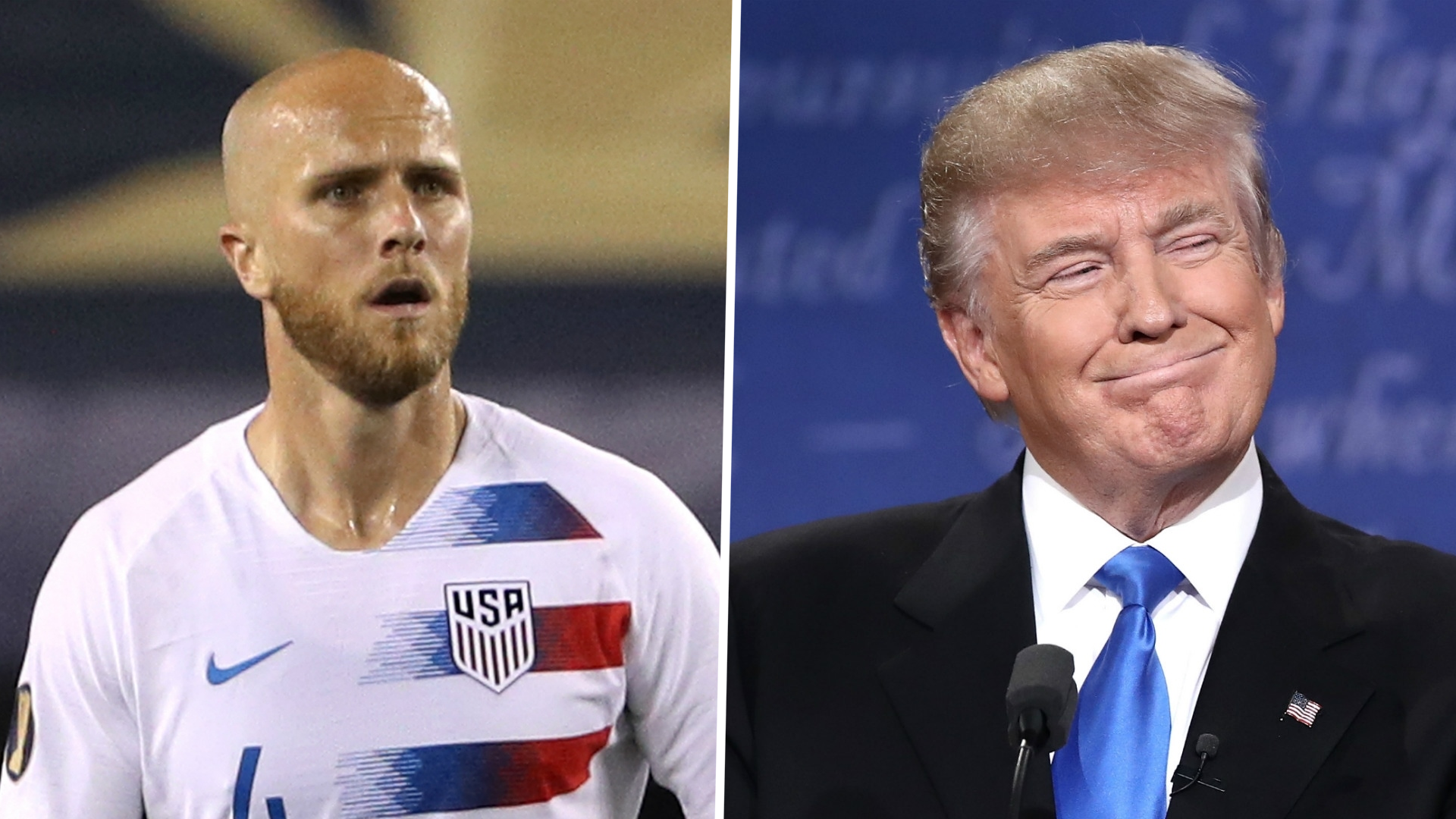 The U.S. is in the midst of a historic period of protest with people all over the country marching following the killing of George Floyd. The country is also feeling the effects of the ongoing coronavirus pandemic, which has killed over 100,000 Americans to date.

Bradley has criticized Trump in the past, saying he was “sad and embarrassed” by Trump’s 2017 travel ban targeted at primarily Muslim countries.

With the U.S. now in a state of disarray, Bradley has hit out at the president for what he sees as a lack of leadership.

Bradley is not the only American international to criticize Trump. U.S. women’s national team star Megan Rapinoe engaged in a much-publicised war of words with the president.

Most recently, Rapinoe labeled Trump a “white nationalist,” adding that he hasn’t done anything to help the lives of those he represents.

Protests remain ongoing across the U.S. in the aftermath of Floyd’s death, with the four officers involved in the incident facing charges for the killing of the Minneapolis resident.

Floyd’s death has reignited protests surrounding racial inequality and police brutality, with several protests turning from peaceful to violent after altercations between protesters and law enforcement.

In the days since, there has been plenty of conversation about what white people can do to help change the system for minorities demanding equal rights. Bradley says that he is determined to help.

“I’m angry, I’m horrified, I’m sad and I’m determined to do anything and everything I can to try to be a part of the fix,” he said. “Because it has to end. And we all have to be part of that fix.”

Bradley added: “If we want any chance to start to fix those things, then Trump can’t be president, it’s as simple as that.”

Bradley, who has scored 17 goals in 151 caps, says that the past week has only further illustrated how important it is for Americans to make their opinions heard and vote in their federal and local elections.

“We need as many people as possible to understand that at a real level, to think about what four more years with Trump as president, what that would mean, how terrible that would be for so many people.”

BySporting News J.J. Watt has played for the Texans, and only the Texans, for so long that seeing him in a different NFL uniform would...
Read more

ByNeanderthal thumbs were far more adept at handling tools than previously thought. A new comparative study even suggests early man could have held a...
Read more