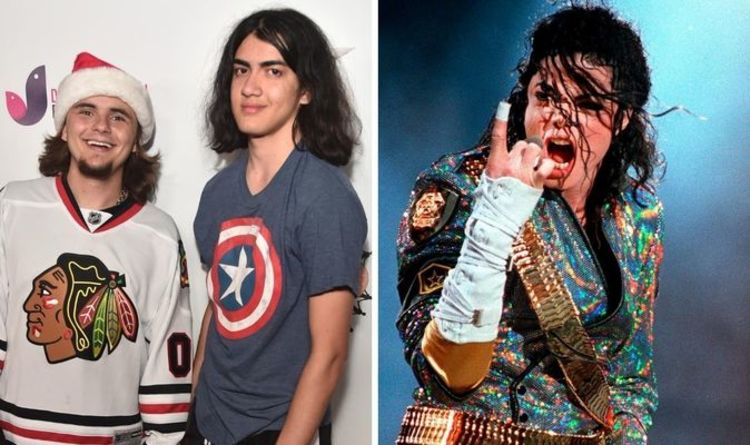 As is often the way with celebrity children, their names are not as simple as many would think.

The second child born to Michael, still with his second wife, Debbie Rowe, was Paris-Michael Katherine Jackson, therefore she also had her father’s name in her first name.

After this, Michael divorced his wife and had his third child, known as Blanket, through an anonymous surrogate.

He, similarly to his siblings, does not go by the name he was given, and was actually named Prince Michael Jackson II.

As a child, Blanket was given this name due to his always being covered when the family went out, though now he goes by Bigi, likely a shortening of this name.

Now 22-years-old, Paris Jackson is a model and actress who first appeared in TV series about her father called Living with Michael Jackson, followed by her first acting role as Rachel in TV series Star in 2017.

After this, and after appearing on the cover of Rolling Stone in 2017, Paris played Nelly in the movie Gringo in 2018, and has landed the role of Cory in new movie The Space Between.

She is in a controversial new movie, Habit, in which she stars as a “lesbian Jesus,” which has sparked outrage in certain groups in the USA.

Some have even called for the film’s release to be halted and even cancelled, in a series of petitions to both the US government and the production company of the film.

However, more recently she has stepped into her father’s shoes as a singer, going on tour with the band The Sound Flowers.

Prince Jackson has worked in the entertainment industry for a small amount of time.

In 2013, he served as a guest correspondent for Entertainment Tonight, telling fans: “I’m looking to become well-rounded as a producer, director, screenwriter and actor.”

He spoke further about this in a an interview with LA Times, but was recently seen graduating from Loyola Marymount University in May 2019 with a BA in Business Administration.

Blanket, who is now known by his new nickname, Bigi, has always been the most reclusive of the Jackson siblings, despite having his first famous outing in Berlin when his father hung him from the railings over a hotel balcony.

Now a teenager, Bigi has, in the past, posted film and TV reviews on YouTube along with Prince and their cousin Taj, but is a high school student at present, and is rarely seen out in public.

It looks like 2021 could be the year of Resident Evil, as a brand new release is announced, but not for PlayStation or Xbox. The...
Read more
Entertainment

Speaking as part of the Blue Collar Conservatism Conference 2020 Jeff, 82, from Mansfield, erupted at the cost of rent for high street stores...
Read more