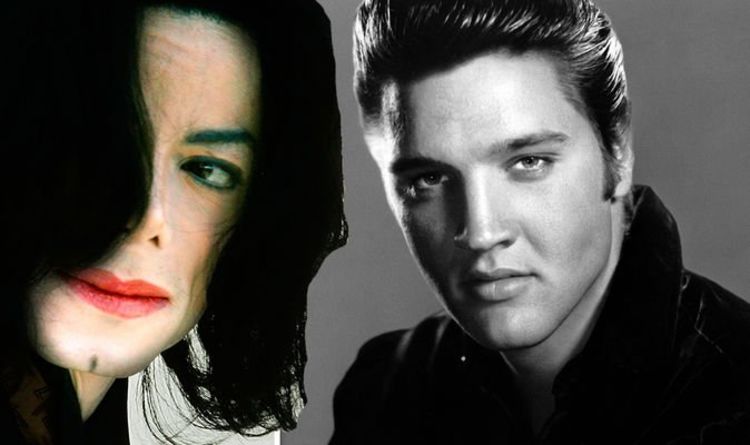 Michael Jackson came in contact with a massive amount of stars over the years, having rubbed shoulders with the likes of Nelson Mandela and Princess Diana. He even went on to marry the only child of Elvis Presley, Lisa Marie, in May 1994. And just a few months after they tied the knot, the Thriller singer accompanied his wife and her mother, Priscilla Presley, to a tribute they were holding for the legendary King of Rock N Roll on October 8, 1994.

Jackson, his sister Janet, Lisa Marie, and Priscilla all sat at the top of the auditorium in Memphis, Tennessee for the event, titled Elvis Aaron Presley – The Tribute, which was held to mark 17 years since the star’s death.

The show saw singers and performers such as Bryan Adams and Billy Ray Cyrus pay tribute to the late star to honour his life, and indeed the legacy he left behind.

While Jackson didn’t perform at the event, he did make an appearance as the show opened when he, Lisa Marie and Priscilla all stood up out of their seats in view of the sold-out studio audience.

But when the camera panned up to the King of Pop, the crowd went wild with applause.

Jackson began giggling, and couldn’t help but look shy at all the attention he was receiving.

The star sat down but when the audience simply wouldn’t stop clapping, he turned around and jokingly pulled a curtain in front of him, before covering his face with his hands.

Although the event certainly had nothing to do with him, Priscilla stood up for a second time and gestured towards Jackson, encouraging him to receive the applause.

Jackson obliged before returning to his seat, and the show moved on to play a video of Elvis singing the emotional If I Can Dream.

Just before Jackson’s death he was working tirelessly on his final string of residency shows at the O2 in London, called This Is It.

While these shows never took place, countless hours of preparations and rehearsals were held to get the shows as perfect as they could be.

Recently, his guitarist, Orianthi, spoke out about working with the pop legend just before his death.

The 35-year-old told Ultimate Guitar: “There were a lot of surprises. Obviously, we had to sign non-disclosure agreements and I don’t know if they still stand or if I can talk about everything freely these days.