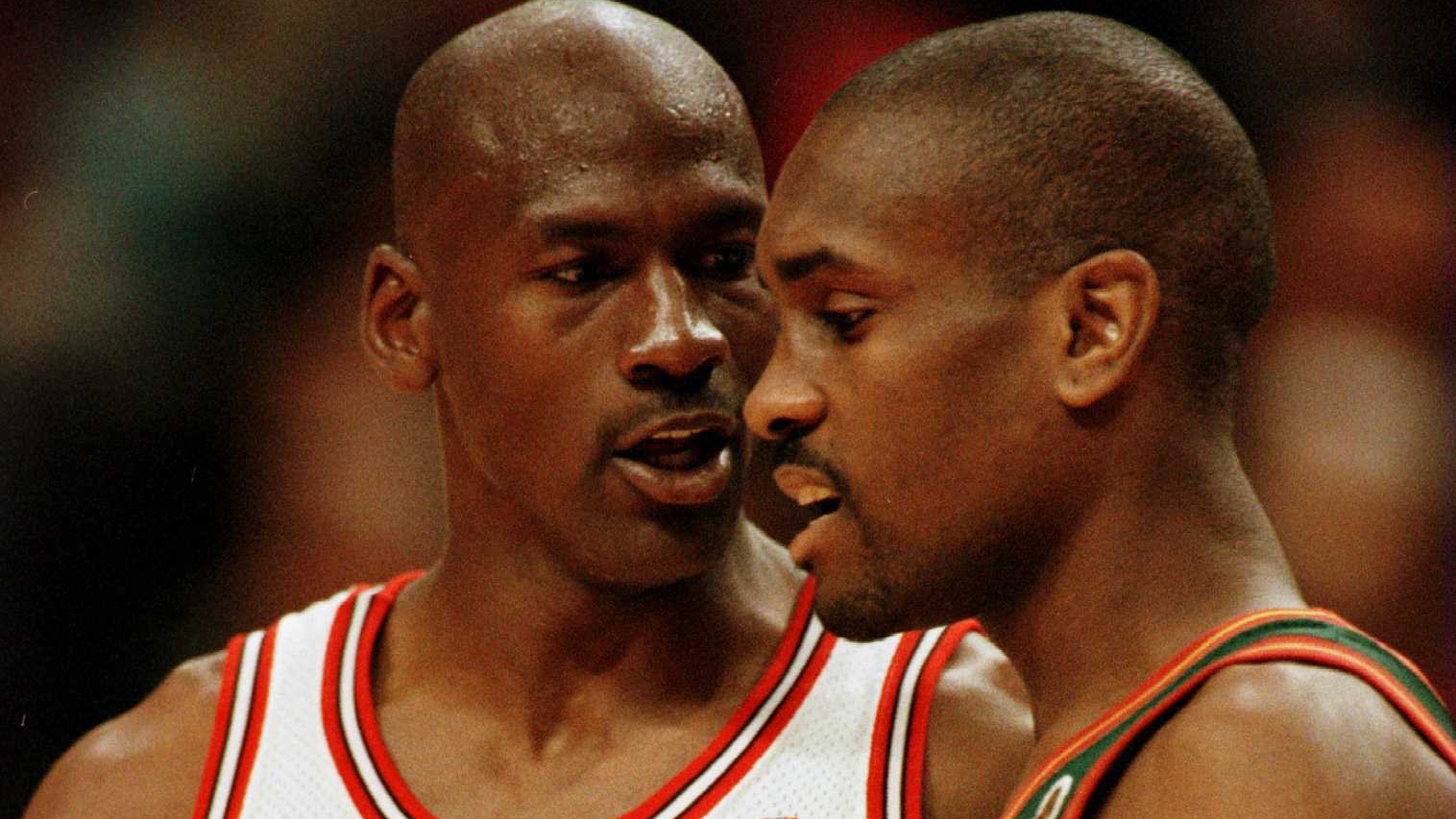 Producers hand Michael Jordan a tablet late in Episode 8 of “The Last Dance” and show him video of Gary Payton saying he locked Jordan down in the 1996 NBA Finals.

Payton began guarding Jordan with his Sonics in a 3-0 series hole. He held Jordan to 17 of 41 from the field in the next two games (both Seattle victories) before a monster game from Bulls forward Dennis Rodman in Game 6 propelled Chicago to a championship victory.

In the video, Payton claims the Sonics might have won the series had he guarded Jordan from the get-go. Jordan responds to the remark by cracking up.

“I had no problem with ‘The Glove,'” Jordan said after composing himself.

Payton, of course, is one of the best defenders in NBA history. With the nickname “The Glove” and a renowned trash-talking game that built him a reputation as a tough competitor, the last thing he probably wants is to be laughed at by Jordan.

But throughout the 10-part documentary series about Jordan’s career, Jordan has not held back from knocking opponents who thought they did anything to keep him in check. His refusal to concede even a fraction of his reputation to someone like Payton, who simply wants to bask in a closer-than-expected defeat, is typical of his persona.

Payton does have a point about his work on Jordan in the Finals. Even in Chicago’s Game 6 clincher, Jordan shot 5 of 19 while Payton shot 7 of 10.

The point guard would have been on Jordan from Game 1 if Sonics coach George Karl had let him. Instead, Karl wanted to preserve him for the offensive end in a move that did not pay off.

“We were trying to protect Gary because he had a little bit of a calf muscle [injury],” Karl said. “And we had other good defenders. Our hope was to control Michael. We didn’t think we were ever gonna to stop Michael. We just wanted him to have an average game, above average game, not one of those explosive games.”

Regardless of whether or not Payton truly got into Jordan’s head, Payton did wind up with a nice consolation over MJ: His son, Gary Payton II, is much better at basketball than Jordan’s children ever were. Payton II is currently a member of the Wizards; Jordan’s kids never reached the NBA.