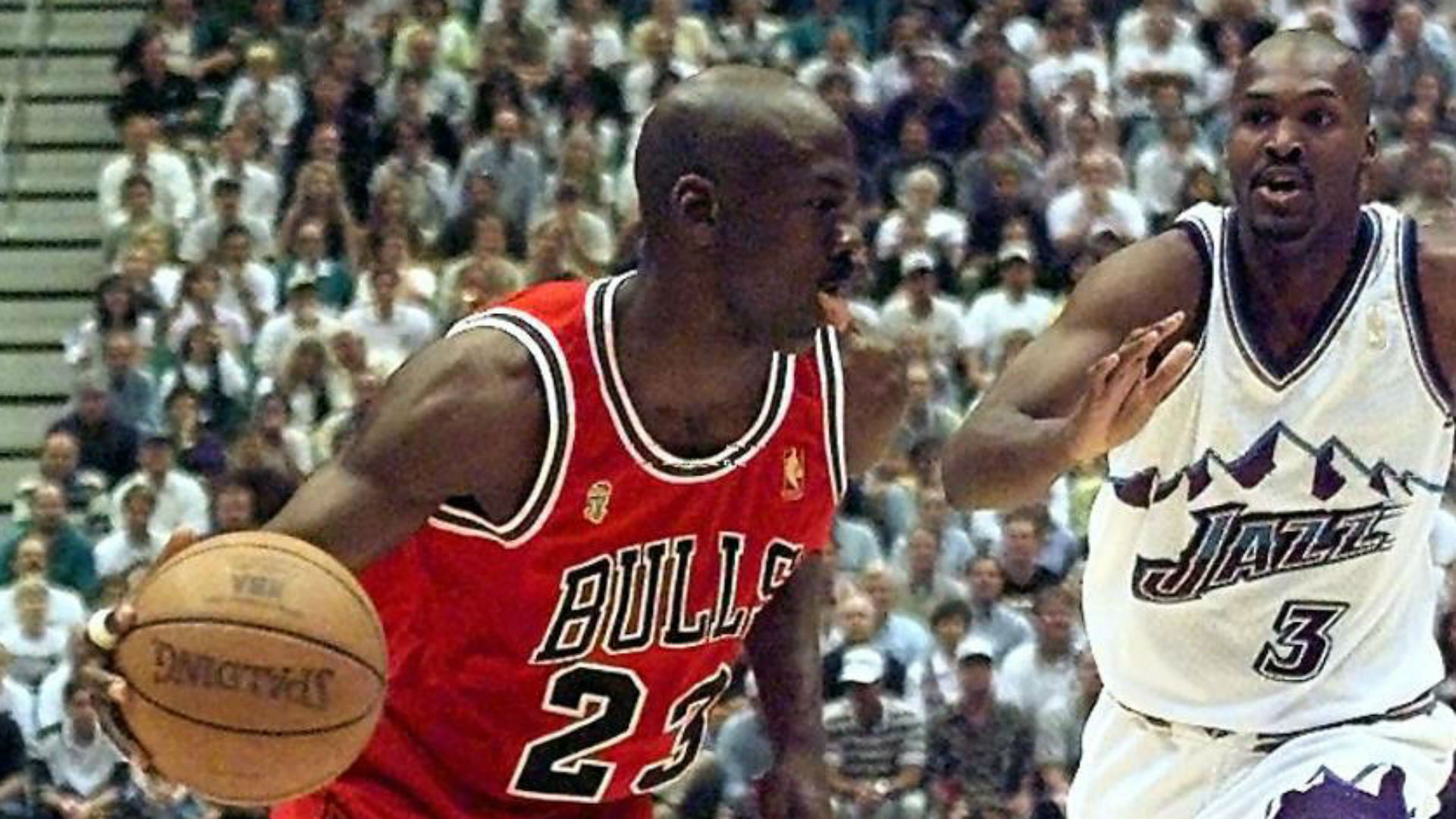 Michael Jordan couldn’t have written a better ending to the 1997-98 NBA season.

With less than 15 seconds to go in Game 6 of the 1998 NBA Finals, the Bulls superstar found himself in isolation against Jazz guard Bryon Russell. Chicago trailed by one point, and Jordan had the opportunity to close out the series and give the Bulls their sixth ring and second three-peat.

Dribble right, hit Russell with a hard crossover (plus a little shove), raise up for the jumper, hold the follow through. Swish.

The camera stationed at the opposite baseline snapped arguably the most iconic image of Jordan’s career, a triumphant champion standing alone at the top of the key and leaving the Utah crowd in stunned silence.

But that shot captured only a fraction of the greatness Jordan displayed in that fourth quarter.

With just over two minutes left in the fourth quarter of Game 6, the Jazz led by four points following a Karl Malone midrange jump shot. Jordan proceeded to score the Bulls’ final eight points of regulation — four free throws, a contested layup and the final jumper.

The final three-play sequence is when Jordan really shifted into GOAT mode.

His right-handed finish past Russell and Antoine Carr cut the deficit to one point. On the ensuing possession, the Jazz ran a set designed to give Malone space to operate in the post. Jordan, who was guarding Jeff Hornacek at the time, recognized Malone had his back turned and pounced like an apex predator. He cleanly swiped the ball out of Malone’s hands with about 20 seconds remaining, plenty of time for more late-game heroics.

Jordan’s teammates spaced the floor and gave him room to operate. As soon as Dennis Rodman dragged his defender away from the play — Scottie Pippen frantically signaled for him to clear out — Jordan attacked.

After a Jazz timeout, John Stockton threw up a contested 3-pointer, but the ball hit front rim and fell to the floor as time expired. Jordan pumped his hands in the air multiple times, holding up six fingers to celebrate his sixth title.

An exhausted Jordan finished Game 6 with 45 points on 15-of-35 shooting from the field (12-of-15 from the free throw line) in 40-plus minutes. He had contributed more than half of Chicago’s points in the 87-86 victory. (Scottie Pippen, struggling with severe back pain, contributed only eight points in 25 minutes.)

Yes, it was a storybook ending for Jordan and the Bulls, but it was also a grind to get there. Everyone remembers that final moment. It’s easy to forget the work Jordan did to make it possible.