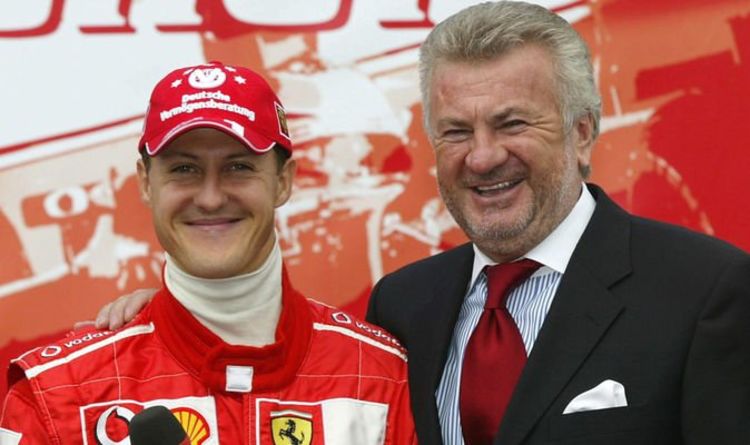 Michael Schumacher sustained a traumatic brain injury during a skiing incident in the French Alps on December 29, 2013. Since the severe accident, Schumacher has not appeared in public and has since been fighting to regain his health. But, the F1 legend’s former manager Willi Weber believes Schumacher will return to the public.

In an astonishing statement, Weber, who was the manager of Schumacher for over 20-years, believes the public “will see him again”.

Speaking to the Cologne Express, Weber said: “I know that he is a fighter by nature.

“If there is a chance, he will use it. That can not be the end.

“I pray for him and am convinced that we will see him again.”

Schumacher’s family have tightly controlled the privacy around the F1’s legends health since his tragic accident in 2013.

His former manager said: “I know that Michael has been hit hard, but unfortunately I do not know what progress he makes.

“I’d like to know how he’s doing and shake hands or stroke his face.

“But unfortunately, this is rejected by Corinna.

READ MORE: Michael Schumacher’s wife opens up on gift which helps with tragedy

He told Radio Monte-Carlo he recently watched an F1 race with the racer, and he “keeps on fighting”.

“I saw the race together with Michael Schumacher at his home in Switzerland.

“Michael is in the best hands and is well looked after in his house.

“He does not give up and keeps fighting.”

He continued: “His family is fighting just as much and of course our friendship can not be the same as it once was.

“Just because there’s no longer the same communication as before.

“He continues to fight. And his family is fighting the same way.”

Last month, Schumacher’s daughter Gina-Maria shared an adorable throwback family photo on social media of her alongside her mother and father.

The image showed Gina-Maria in her childhood years behind the wheel of the famous red toy car, as her mother clings onto the back, and her father Michael watches on beaming a huge smile.

In the picture posted on Instagram, the 22-year-old wrote: “Small race driver. Taking the parents for a ride this is one of my favourite pictures”.