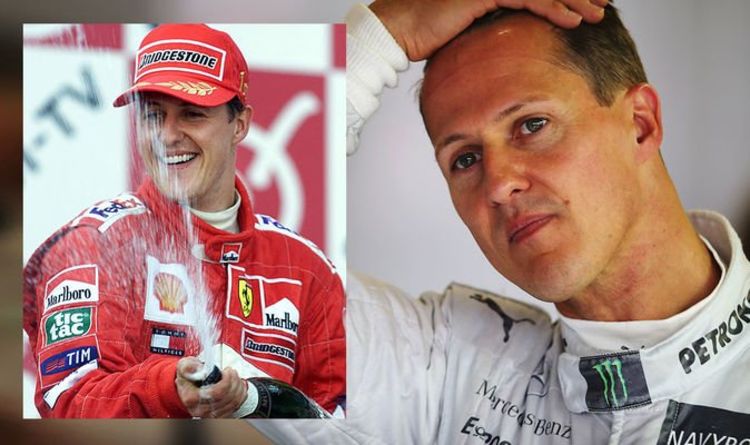 The Formula One legend suffered a brain injury in December 2013 and has only just come out of an induced coma. Due to the amount of time since his injury, leading surgeon, Nicola Acciari, has warned the Formula One driver is now a different person.

The surgeon told Contro Copertina: “We must imagine a person very different from the one we remember on the track, with a very altered and deteriorated organic, muscular and skeletal structure.

“All as a result of the brain trauma he suffered.”

Updates on the health of the racing legend have been kept to a minimum over the last few years.

What is known is that Michael Schumacher has been receiving groundbreaking treatment from French surgeon, Philippe Menasche.

Mr Menasche is a leading light in stem cell therapy and was reportedly using surgery to transfer cells from his heart to the brain according to Spanish publication 20minutos.

The treatment took place at the Georges-Pompidou Hospital and according to Schumacher’s doctor, professor Jean-Francois Payen, he has returned this month for the same treatment.

He said: “There is a one to three-year plan for the regeneration period.

“I visit Schumacher frequently and talk to his family about the progress I see.”

“I saw the race together with Michael Schumacher at his home in Switzerland.

“Michael is in the best hands and is well looked after in his house.

“He does not give up and keeps fighting.

“His family is fighting just as much and of course our friendship cannot be the same as it once was just because there’s no longer the same communication as before.”

During his stem cell treatment, Mr Menasche was forced to defend himself over accusations he was using Schumacher as an experiment as opposed to a patient to operate on.

The professor at the University of Alabama and leader of the National Institute for Medical and Health research hit back and said: “There was great attention to our department, but it has already returned to normal.

“There has been great progress in the last 20 years, but the truth is that we still know little.”

To mark the six-year anniversary of his injury, his wife Corinna, issued a message to his fans.