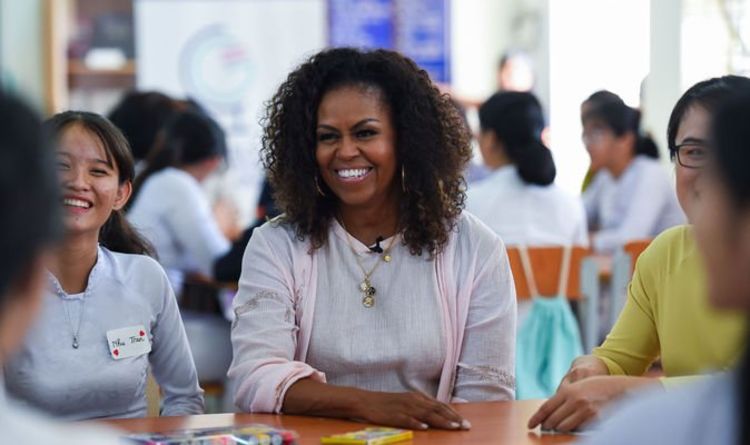 The portraits are currently on display at the National Portrait Gallery in Washington DC and have helped attract record numbers of visitors to the museum. The Art Institute of Chicago will host the portraits from June 18, 2021, to August 15, 2021, the gallery announced Thursday. The paintings will then be taken to New York, Los Angeles, Atlanta and Houston.

Kim Sajet, director of the Washington gallery, said in a statement: “Since the unveiling of these two portraits of the Obamas, the Portrait Gallery has experienced a record number of visitors, not only to view these works in person, but to be part of the communal experience of a particular moment in time.

She added: “This tour is an opportunity for audiences in different parts of the country to witness how portraiture can engage people in the beauty of dialogue and shared experience.”

The paintings were commissioned from the artists Amy Sherald and Kehinde Wiley, who in the process became the first African-American artists to paint the official presidential and first lady portraits.

Kehinde Wiley, who painted Barack Obama, explained that the ex-POTUS had been very keen for his portrait to convey to the world his true personality.

In an interview with the New Yorker, the artist said: “I think what we have to keep in mind is that Barack Obama is incredibly sensitive to representation, and to art history.

“And so he wanted to make sure that this image communicated who he is in the world.

“He, from the very beginning, wanted to have a very relaxed, man-of-the-people representation.”

He continued: “Even the smallest details, things such as the open collar, the absence of the tie, the sense that his body is actually moving toward you, physically, in space, as opposed to feeling aloof.

Their mocked-up photos have been turned into posters and are currently on display in Milan.

Each poster has a message written underneath it, which reads: “I am a victim of domestic abuse. I am paid less. I’ve experienced genital mutilation.

“I do not have the right to dress as I want.

According to the BBC, the posters highlight the fact that violence against women does not discriminate between race, colour or religion.