Michelle Hardwick: ‘I tried to fight it’ Emmerdale star on... 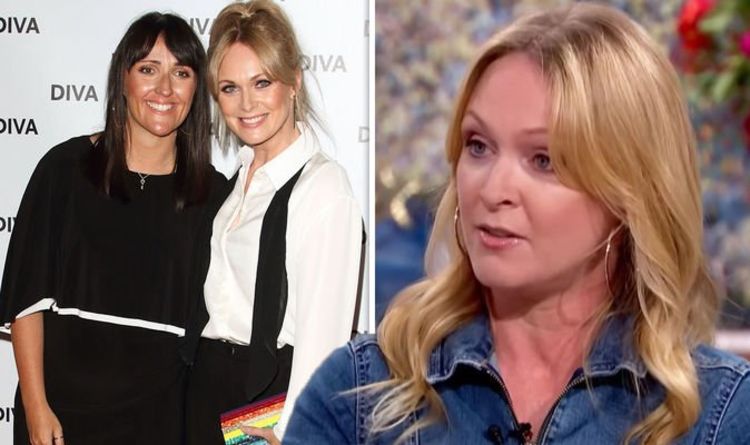 Michelle Hardwick, 43, tied the knot with Emmerdale producer Kate Brooks back in September and describes the big day as “the best day of her life”. Michelle shared a snap from her wedding day in view of her 99,000 Instagram followers at the time.

The couple were pictured in white outfits standing outside a chapel while clutching onto bouquets of flowers.

She captioned the photo: “In over 100 degrees heat, on Tuesday 10th September, I became Mrs Brooks #graceland #chapelinthewoods #memphis #nextstopnashville.”

However, the actress, who plays Charity Dingle’s fiancée Vanessa Woodfield in the soap, has admitted she struggled with previous relationships when she was growing up.

While reflecting on her first same-sex relationship at the age of 18 during an interview with The Mirror, she divulged: “I tried to fight it.

“I had a few boyfriends, but it never felt right. You just battle with it, don’t you? It was hard.”

Michelle explained she didn’t come out to her family until her late 20s because she was “scared about upsetting them”.

“But they’ve been so supportive,” the soap star added.

Opening up about her marriage to wife Kate in Memphis, she told the publication: “We’re still on cloud nine. It was the best day of my life.”

“If you’re showing two males or two females, you are normalising it in people’s houses every night and that’s what we need to be doing.”

The actress also spoke out about helping fans come out as gay.

She added: “I had a tweet only the other day from a girl saying she was so scared to come out to her dad – but he said to her, ‘Look, as long as you’re happy, I’m happy.’