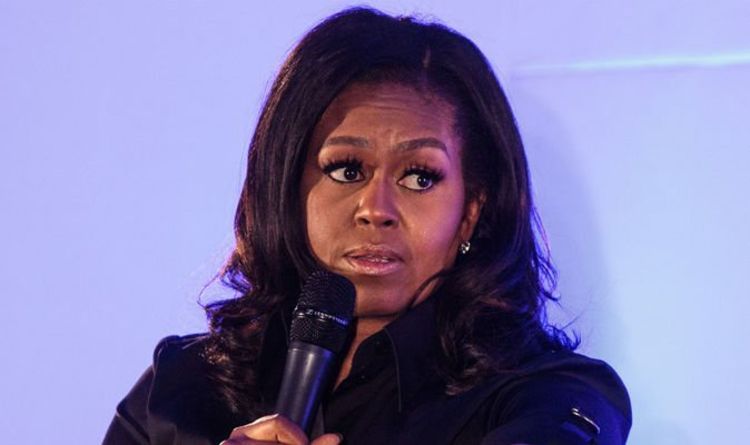 The former First Lady has always been particularly poignant about her time as FLOTUS. Her bestselling memoir, ‘Becoming’ revealed a variety of home truths about Michelle’s time as First Lady.

But there was one devastating moment that saw her cling to her children with her “love and fear intertwined”.

On December 14, 2012, a shooting occurred at The Sandy Hook Elementary School.

A 20-year-old man called Adam Lanza shot and killed 26 people, including 20 children and between the ages of six and seven years old.

As First Lady, Michelle was expected to attend hospitals and prayer vigils with her husband former US President Barack Obama.

Michelle revealed in her book that in her first four years as FLOTUS she has “consoled often”.

But the former FLOTUS said that a couple of days after the shooting at Sandy Hook, she could not bring herself to join Barack at a prayer vigil.

Instead, she revealed that “like a lot of parents” she “clung” to her children.

She explained in her book: “But two days after the shooting at Sandy Hook, when Barack travelled to Newtown to speak at a prayer vigil being held for the victims, I couldn’t bring myself to join him.

Michelle detailed that she had attended various regions in the US that had experienced similar tragedies.

She said that she had tried to be the most “caring and present” person that she could be on these occasions.

She said: I’d prayed with people whose homes has been shredded by a tornado in Tuscaloosa, Alabama, huge swathes of the town turned to matchsticks in an instant.

“I’d put my arms around men, women and children who’d lost loved ones to war in Afghanistan, to an extremist who’d shot up an Army base in Texas, and to violence on streets corners near their own homes.

“In the previous four months, I’d paid visits to people who’d survived mass shootings at a movie theatre in Colorado and inside a Sikh temple in Wisconsin.

“It was devastating, every time.”