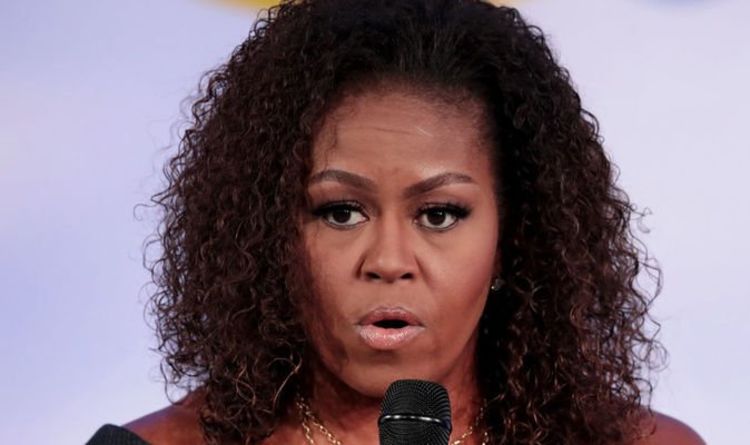 The former FLOTUS has been hitting the headlines this week after spending time in Chicago for the Obama Summit. But she took time out of her schedule to meet members of the Girls Alliance at the event. On Twitter she wrote: “It was wonderful to spend time with leaders from the @GirlsAlliance community at the #ObamaSummit.

“From Ethiopia to Guatemala to Vietnam, they’re showing up each day, hoping to make a difference for girls who deserve so much.

Twitter users praised the ex-First Lady, with many wishing she could return to the role following the heartwarming post.

One wrote: “Thank you @MichelleObama as always your grace and leadership is exceptional.

Another said: “Thank You so much for what you continue to do every day.

“We so appreciate it!”

A third added: “As the daughter and granddaughter of two progressive grandmothers (very different grandmothers) and the mother of a progressive daughter, I am very proud of all the work that former First Lady Michelle Obama has done and continues to do.”

Sighing, the former White House resident replied: “Yeah, it was a hard day.

“My dad wasn’t there to walk me down the aisle. He had just passed.

“It was bittersweet and I was marrying the man that I loved, you know that guy Barack Obama, but Dad had died.”

Ms Obama asked her brother Craig when exactly their father had passed away, admitting she had “blocked out the actual day”.

Her father, Fraser Robinson, died at the age of 55 in 1992 after a long battle with multiple sclerosis.

Mr Robin, a basketball coach and broadcaster, went on to explain the family’s turmoil.

He said: “It was so traumatic when our Dad died. This dude was the epitome of dads in our mind.

“He was sort of the patriarch. People went to him for advice and jokes and comfort and solace and all the things you go to a family patriarch for.”