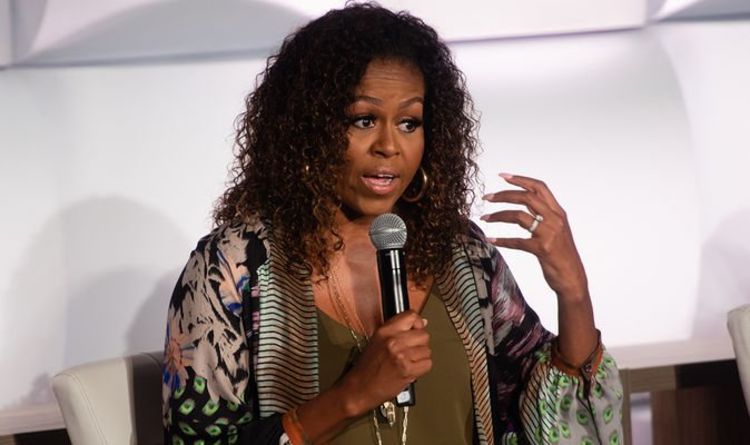 The ex-FLOTUS would apparently take the Democratic nomination if she were to declare herself eligible for the race. A poll conducted by Franklin University and the Boston Herald, placed Michelle at the top of the list of Democratic nominees.

In full, the list stated that Michelle would take 26 percent of the votes, followed by Elizabeth Warren and Joe Biden at 20 and Bernie Sanders at 15 percent.

Although the poll placed Michelle at the top of the list, the former First lady has previously stated that there was “zero chance” that she would run for the presidency, some members of the public took to Twitter to mock the result of the poll.

One user wrote: “Love her but no. The presidency is NOT an entry-level job.

“Experience & qualifications matter. Let her run for another office 1st.

Supporting the argument, another also commented: “Don’t get your hopes up.

Since Michelle and her husband, Barack, left the White house, she has released a bestselling memoir, ‘Becoming’.

In order to promote the book, Michelle also embarked on a successful book tour to mark the release.

Following the success of her memoirs, the former First Lady will release a journal filled with inspirational quotes and questions.

The journal, ‘Becoming: A Guided Journal for Discovering Your Voice’, will be released on November 19 this year.

Upon promoting her book in April this year, Michelle revealed a specific moment with the Queen.

Speaking from the O2 Arena in London, Michelle explained her joy at the Queen wearing a bobby pin given to her by the Obamas.

The former First Lady explained: “You’re going “that’s nice”, but it’s all real and in the gloriousness of that outfit that she had on, she put on the little bitty pin we gave her.”

She also insisted that she “liked” the Queen following their meeting.