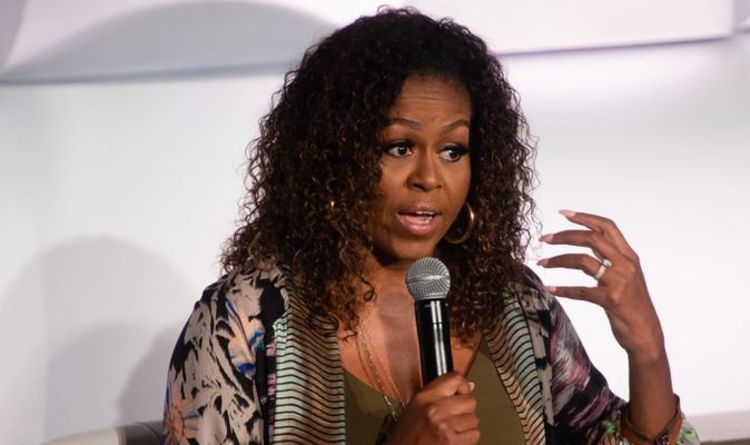 In a devastating confession during an interview with Marie Claire, the ex-FLOTUS said it “would be hard for me to edit myself”. She made the admission after being quizzed on whether she had to self-censor herself when husband and former US President Barack Obama took up the position 11 years ago. Michelle was asked: “You’re used to speaking your mind.

“Do you have to self-censor now so it doesn’t look like you’re telling your husband what to do?”

The now 55-year-old replied: “It would be hard for me to edit myself and still be me.

“And I think that in the end, that’s what the voters deserve and it’s what they want.

“Then they can make a clear, informed decision based on authenticity.”

Within the same interview, Michelle explained how she also had to hand out some harsh parenting lessons to her daughters.

She and Barack have two children together – Malia and Sasha.

Michelle movingly explained that she and her brother were “instilled with a sense of pride and self-confidence” while growing up.

JUST IN: Michelle Obama: Ex-FLOTUS reveals how Barack made decision for her

“And I think this campaign has illustrated how far we’ve come as a country to overcome prejudices.

“It was empowering and remarkable to see Barack and Hillary Clinton — an African-American and a woman — achieve as much as they have.”

She grew up in Chicago with her brother and family.

Currently, Michelle is back in the area as she promotes work being carried out by the Obama Foundation charity, which was set up by herself and Barack.

In a tweet she described the emotion of taking to the stage with her brother to talk about the state.

She wrote: “Chicago will always be home for me and my big brother.

“I loved sitting down with @CraigMalRob at the #ObamaSummit to talk about the place where we grew up—and the future we want to help build for the next generation.”

The tweet garnered hundreds of interactions, with many urging Michelle to run for presidency in 2020.