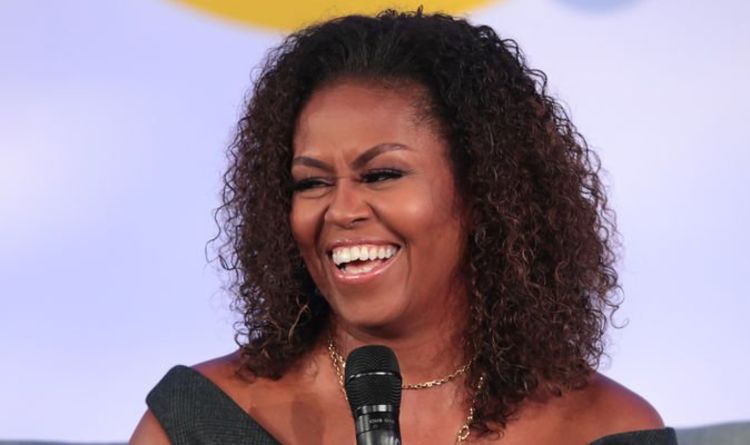 Michelle beat John Waters’ ‘Mister Know It All,’ ‘Eric Alexandrakis’, ‘I. V. Catatonia’, Michael Diamond and Adam Horovitz’s ‘Beastie Boys Book’, and Sekou Andrews & The String Theory’s eponymous book to win the Golden Gramophone award. In the past Hilary Clinton has also won a Grammy award for her audiobook ‘It Takes A Village’, and on other occasions, Bill Clinton and Jimmy Carter have won the award.

While most responses to the ex-FLOTUS win tended to be positive, including a message of support from the former Vice President Joe Biden: “Congrats @MichelleObama on winning a Grammy for telling your story with strength — and with grace. Jill and I are so thrilled for you. Just beat Barack to an EGOT, will ya?”

There was some backlash over the fact that the winners of the award tended to be predominately democrats.

Meanwhile, Jim Hoft posted on a website: “Michelle Obama joined such music legends as Crooked Hillary, Al Gore and her husband Barack Obama and won a Grammy Award on Sunday for reading her book. She really read it well. It was very moving.”

Tweeters were quick to respond to the story in their droves.

One said: “They give each other awards and act like we should be impressed.”

A second responded: “Yeah, another reason why we don’t take the Grammys seriously.”

A third replied: “Is Michelle Obama’s book really as successful as they say? It is still on bestsellers lists. Who is buying it?”

It is the third Grammy for the Obama household after Barack won two for his audiobook recordings of “Dreams of My Father” and “The Audacity of Hope” in 2006 and 2008.

In the memoir, the ex-FLOTUS talks about not feeling as though she was “Princeton” material, and that she once took her baby to a job interview.

Describing the event, she said: “She was a fact of my life. Here is me, I was saying, and here also is my baby.”

There could be another award on the horizon for the Obamas next month at the Oscars — or at least an award for a project they were both had a hand in creating.

Their company, Higher Ground Productions, is behind the Academy Award-nominated documentary, “American Factory.”