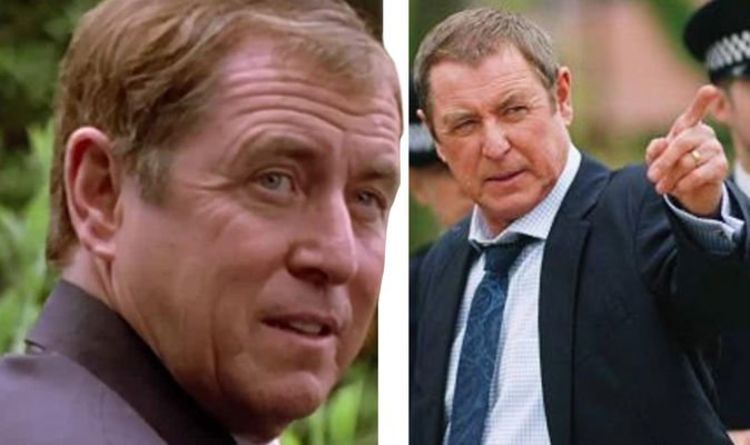 Eagled-eye Midsomer Murders fans have uncovered a huge plot hole in older episodes of the hit detective drama. The ITV series began over two decades ago in 1997 and has run for an impressive 21 seasons, with the latest having been to on hold due to the on-going coronavirus pandemic.

With no productions currently taking pace in the UK, ITV are airing older episodes from the very beginning.

And whisk these old ITV jewels make their way out of the archives to entertain once again, fans have spotted a glaringly obvious mistake that the producers missed.

During season two, the second episode features the untimely death of a young woman in Strangler’s Wood.

With no identity, she is therefore a John Doe and appears as that until one resident comes forward as they recognise her picture in the paper.

And there we have it, as one clever viewer pointed out on a movie forum.

“No one supposedly knows who she is, as the article states, but the photo of the dead woman is a professional headshot from when she was alive.

And, as the twists and turns unravelled in the episode, the detectives were led to a secret association called the Pudding Club, but one of the scenes from their base left one-eagled eyed viewer very confused.

As the secrets unfolded, the detectives were led to a secret association called the Pudding Club, but one of the scenes from their secret lair left viewer rather confused.

Members of the society believed they are above everyone else and looked down on the rest of the villagers.

And, as the death toll started to rise, all fingers pointed to the cult-like group.